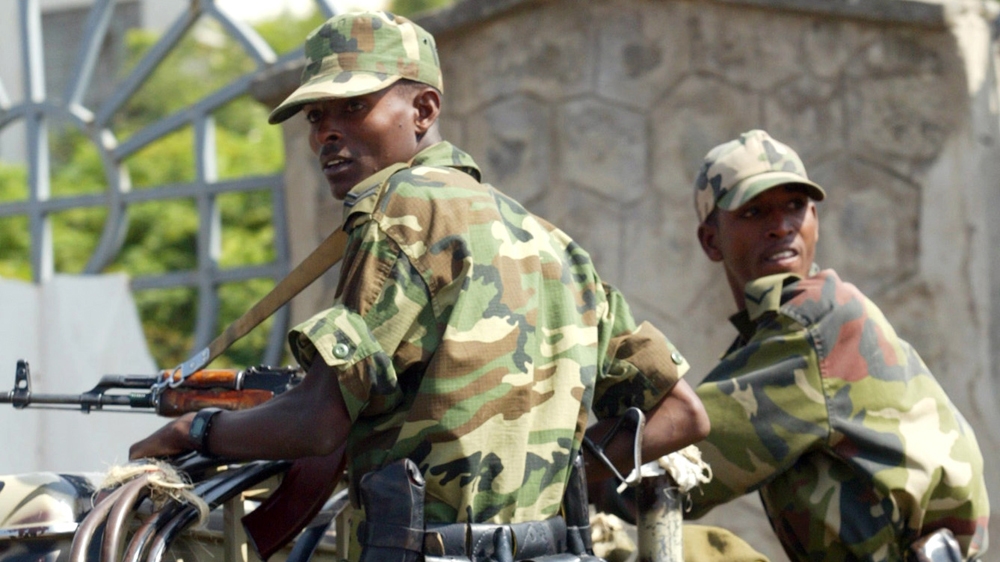 Ethiopian troops have crossed into South Sudan in search of more than 100 children who were kidnapped and spirited across the border in a surprise attack that also killed 208 people.

The attackers, who were armed with machine guns, killed anyone who tried to stop them from taking the children, including women, according to witnesses. They also took more than 2,000 livestock.

Estimates of the number of children snatched ranged from 102 to 125.

“The army has been conducting reconnaissance missions in South Sudan and they have a clear idea of where the children are,” Getachew Reda, the information minister, told the AFP news agency.

“We have sought approval of the government of South Sudan to conduct these operations.”

Al Jazeera’s Catherine Soi, reporting from Gambela in western Ethiopia, where the incident took place, reported that witnesses said the men were well organised and dressed in military fatigues.

“There is a lot of military action here now,” Soi said. “The whole area near the border with South Sudan is a security zone now. We can’t access it at all.”

One survivor, spoken to by Al Jazeera at a local hospital, said seven members of his family had been killed. One female patient, who had been shot four times, said her three-year-old son was shot in the dead.

Two of her children, she said, were among the group snatched across the border.

Ethiopia began two days of mourning on Wednesday in memory of those who died in the attack, which happened late last week.

Prime Minister Hailemariam Desalegn said in an address to the nation that Ethiopia was co-operating with the South Sudanese government to take joint measures against the attackers.

On Wednesday, the European Union said it was in touch with South Sudanese authorities to offer help to ensure the immediate return of the children to their families.

Ethiopian officials have blamed Murle tribesmen from South Sudan for a series of deadly attacks on Ethiopian villages in Gambela.

Those attacked were from the Nuer tribe, a community that has often been in conflict with the Murle. Many survivors and witnesses to the attack told Al Jazeera that the men had Murle tribal markings.

The Murle, a tribe from South Sudan based in the eastern Jonglei region near the Ethiopian border, often stage raids to steal cattle and abduct children but very rarely on such a large or deadly scale.

A wave of anger

The Addis Ababa government had already said that its army was hunting the attackers, but had not revealed that its troops crossed the border.

According to Ethiopia’s state-run Fana radio, the army surrounded the area where the children were being held, but that has not yet been confirmed by the government.

The raid has unleashed a wave of anger in Ethiopia and boosted fears that a civil war raging in South Sudan could spill over the border.

Ethiopia hosts more than 200,000 South Sudanese refugees who fled after war broke out in their country in December 2013.

It is also home to Ethiopian and South Sudanese rebels who periodically attack government buildings and soldiers.

Ethiopia has been heavily involved in the South Sudan peace process, partly because of the risk that the conflict could destabilise Gambela, which is only 50km from the border.

After winning independence from Sudan in 2011, South Sudan descended into war two years later, setting off a cycle of retaliatory killings that have split the country along ethnic lines.

Tens of thousands of people have been killed, more than two million forced to flee their homes, and millions made hungry as politicians failed to honour a series of peace agreements.