As a contributor to The Hill highlighted, the Democratic Republic of the Congo (DRC) is at a critical juncture in its democracy (“Whither the ‘Democratic’ Congo’s democracy?,” April 12). It is evident that much work will be required to prepare 75 million citizens spread across 900,000 square miles for an upcoming presidential election. It is also necessary to correct the misperception that the DRC government is not moving forward responsibly in this endeavor.

In February 2015, the DRC’s Independent National Electoral Commission (CENI) issued an electoral calendar establishing a timeline of activities to be completed in preparation for several elections in the DRC, including for president. Some activities were dependent on certain political decisions, including those regarding voter eligibility, the allocation of funds and legal authorities conveyed by our Parliament.

Recognizing the importance of seeking consensus on these decisions, President Joseph Kabila in May 2015 asked all political parties and civil society institutions to join in a national dialogue focused on creating an environment for a peaceful electoral process. It was noted at the time that all stakeholders — the CENI, the government, political parties, civil society, donors and international partners — have a role in the proper execution of our electoral mandate.

Since then, President Kabila has consulted with many to advance this dialogue at the earliest date. He invited the United Nations and African Union to participate, and the African Union appointed former Togolese Prime Minister Edem Kodjo to facilitate. The government also refrained from actions that would unilaterally impact the electoral process, so as not to undermine efforts to achieve a political consensus going forward. Regrettably, certain parties still refuse to participate or discuss the parameters of such a dialogue.

Our government recognizes its ultimate responsibility to the Congolese people, which is to respect the Constitution and ensure that election preparations continue. It therefore has allocated an initial $300 million so CENI can take steps that do not pre-empt decisions we hope can still come from a national dialogue.

Since its inception, our government’s priorities have been to advance stability, security, economic growth and democratic governance. We have made great strides since emerging from civil conflict over a decade ago and remain committed to a responsible course that furthers these objectives.

We welcome support from the United States and other nations in this endeavor, and hope all will join us in finding solutions instead of posing obstacles to the democratic aspirations of the Congolese people.

An Accelerator Tailored For Women-Led Startups In Africa 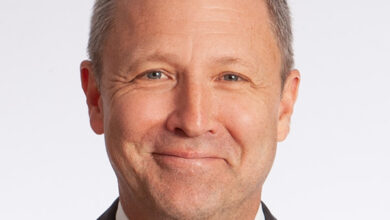