When the going gets tough, the tough must get going

When freedom of expression becomes a target of suppression 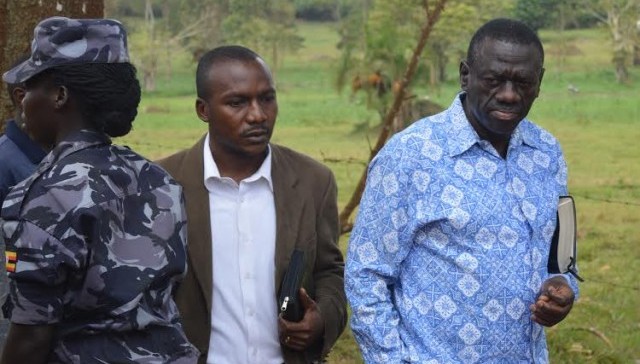 Last Thursday afternoon, in downtown Kampala, a crowd of a hundred boda-boda(motorbike taxi) drivers gathered for a victory parade. To the front of their bikes they attached posters of Yoweri Museveni, Uganda’s long-time president, who was declared the winner of disputed elections in February. The Supreme Court had just announced that it would uphold his re-election, removing the last legal obstacle to Museveni being sworn in for a seventh time – and the boda-boda men were ready to celebrate.

Or so it appeared. “I’m going to celebrate Museveni, but I like [Kizza] Besigye,” said one man, referring to the main opposition leader who officially garnered 36% of the presidential vote to the incumbent’s 61%. He had been offered a full tank of fuel to join the rally – enough, he reasoned, to masquerade as a Museveni supporter for a couple of hours.

So it was with the election, say the opposition: a “sham”, greased with bribes, scented with tear gas, and sealed with outright vote-rigging. Besigye has described the process as a “creeping military coup”; his supporters call him the People’s President, the real winner. There is some truth in that, and some exaggeration too: Museveni retains genuine support, and nobody knows what the outcome of a free and fair election would be. But Besigye’s rhetoric and passionate following frighten the regime. He was held under house arrest for 43 days after voting (police finally left his home on Friday) amid heavy security deployment nationwide.

Besigye’s strength is his tenacity in the face of repeated arrest, pepper-spray and, in 2006, false charges of treason and rape. His party, the Forum for Democratic Change (FDC), has been holding weekly ‘Free My Vote’ prayer meetings, and there is something of a revivalist fervour to Besigye’s support: a sense that courage alone is enough, and righteousness will prevail.

But the opposition has now lost four times with Besigye as its candidate. And in Museveni, they face a masterful political operator, a former guerilla leader who has fashioned the state and military in his own image. The Ugandan opposition need more than faith. They need a strategy.

“Besigye is within the hearts of the people,” says Moses, standing in his overalls in Kisekka Market. The market, in central Kampala, is known for spare parts and unruly protest. There have been clashes here in recent years over the market’s redevelopment, kindling the combustible politics of urban space.

Kampala, overwhelmingly, supports Besigye: even on official results, he won two-thirds of the vote in the capital. He has powerful allies here, including the Lord Mayor, Erias Lukwago, an outspoken lawyer with the ear of the urban poor. Lukwago was impeached in 2013 by Museveni appointees on the city authority, but handsomely re-elected this year.

The people in Kisekka Market are frustrated. “The youth now are starving”, says Brian, 26, complaining about the cost of living. He is a graduate, but could not find work elsewhere. There are many others like him. The formal sector absorbs a tiny fraction of young jobseekers in a country where 75% of the population is under thirty.

Jobless youth are the footsoldiers of “defiance”, the strategy of mobilising popular protest in urban centres. Rhetorically, at least, this is Besigye’s preferred approach. Nobody knows if such protests are possible, or where they could lead. An FDC organizer in Kisekka says he could put a thousand people on the streets, and is ready to “take things to the next level”. Some in the party talk ambitiously of Tunisia and Egypt.

Others are sceptical. “If people did not work for a week, they would starve,” says Sabiti Makara, a professor of politics at Makerere University. “That kind of situation cannot sustain a prolonged uprising.”

Additionally, in 2011, ‘Walk to Work’ protests over inflation soon petered out, after at least nine people were killed and hundreds arrested. Any new campaign would doubtless meet similar repression, aided by the draconian Public Order Management Act, passed in 2013.

“Topowa tutambule,” sings popular musician Bobi Wine: “don’t give up, let’s walk together”. But the traders in Kisekka are fearful. A temporary army camp was established next to the market for six weeks after the election, and there are regular patrols by soldiers and armed police. One man shrugs. “It would be better if it were like South Africa, where even the low-down people can get guns. Then at least we could fight.”

According to political commentator Bernard Tabaire, a better model would in fact be Kenya in the last days of Daniel arap Moi. There, a broad alliance of Kenyan opposition – including civil society groups, churches and academics – made it politically impossible for the old dictator to remove constitutional term limits. Kenyan democracy has had its problems since, but at least power was transferred.

In Uganda, the opposition could follow this example and organise to defend the constitutional age limit of 75 for presidential candidates, which Museveni will have to remove if he is to run again in 2021. They could also campaign for the reintroduction of term limits (scrapped in 2005), or get behind a package of electoral reforms being pushed by an increasingly assertive civil society.

It won’t be easy. Museveni may respond by rolling reforms together, trading concessions on term limits for the lifting of the age restriction for example. He has a large parliamentary majority, and can use patronage to buy support for constitutional amendments. And, even if he does retire, it would only be the first step to dismantling the system he built.

But Museveni’s own position may be weaker than it appears. Though he dominates his party, the National Resistance Movement (NRM), he must tread carefully. In one 2015 survey by polling company Research World International, 38% of NRM members said it was time for a new leader. Moreover, younger NRM politicians showed more independence in the last parliament. The fracturing of elites is often a precursor to transition, and the opposition will hope to catalyse more defections to follow Amama Mbabazi, a former prime minister turned anti-Museveni candidate in the February elections.

Coalition-building would also force the FDC to address its own weaknesses. State interference has impeded its organisation in rural areas, and it has tended to fall back on Besigye’s charisma rather than build party structures. In the recent election, it fielded parliamentary candidates in only 201 of 290 constituencies, and competed for chairperson in only 43 of 112 districts. The party scarcely has a presence in much of the countryside.

The opposition therefore faces a choice: to try and precipitate an immediate crisis, perhaps through street protest, or to organise a reforming coalition. It will be hard to do both. Museveni’s oldest trick is the mobilisation of memory, recalling the chaos which preceded his rule. For all Besigye’s avowals of non-violence, protests will inevitably be portrayed as a threat to stability, alienating moderates and middle-class voters with something to lose.

It’s the choice between “breaking” and “building”, says Daniel Kalinaki, author of Kizza Besigye and Uganda’s Unfinished Revolution. “If you’re breaking, it’s violent and messy. If you’re building, you may not be successful but it’s progressive.”

Which will the opposition choose? At present, their language points towards confrontation: FDC party president Mugisha Muntu today promised a “sustained non-violent effort to reclaim our victory’”, while Besigye has called for “defiance” and an independent election audit – something he is unlikely to get. But that could be a tactic to make space for negotiation later on. Much is unpredictable, and outside the opposition’s control: the internal dynamics of the NRM, the shifting priorities of international donors, and potential economic turbulence (the fiscal deficit is 6.4%, exacerbated by pre-election spending, and an expected oil bonanza may not materialise).

One thing no-one doubts though is the scale of the challenge. And some simply despair that the regime cannot be removed regardless of the strategy chosen. As Justine, a shopworker, sighs: “They have the power, they have the tear gas, they have the guns.”

*Source African Arguments.Liam Taylor is a freelance journalist based in Kampala. He blogs regularly atwww.liamtaylor.org.Photographs by Liam Taylor.