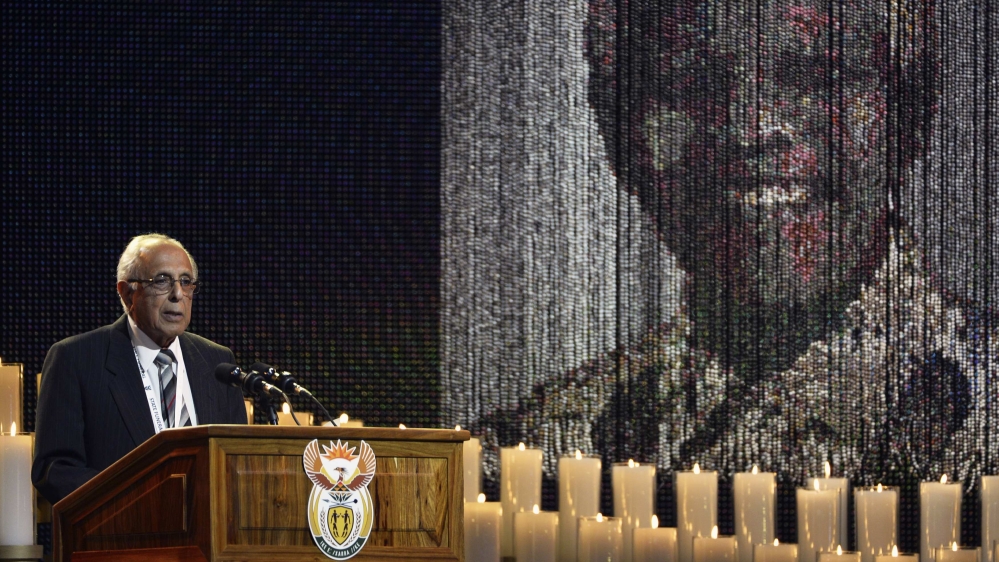 An anti-apartheid activist jailed alongside Nelson Mandela called on Jacob Zuma to step down, adding pressure on South Africa’s president to quit after a court ruled he acted dishonestly over improper state spending at his private home.

“Dear Comrade President, don’t you think your continued stay as President will only serve to deepen the crisis of confidence in the government of the country?” anti-apartheid veteran, Ahmed Kathrada, said in a letter published on Saturday.

“In the face of such persistently widespread criticism, condemnation and demand, is it asking too much to express the hope that you will choose the correct way that is gaining momentum, to consider stepping down?” Kathrada asked in the letter, dated March 31.

Mandela and Kathrada were among eight African National Congress (ANC) activists sentenced to life imprisonment after being convicted of trying to overthrow the apartheid government during the 1963-1964 Rivonia Trial.

South Africa’s top court on Thursday held that Zuma had failed to uphold the constitution by ignoring instructions to pay back some of the $16 mn in state funds spent on renovations at his sprawling residence at Nkandla.

In a televised address to the nation on Friday evening, 73-year-old Zuma apologised and said he would pay back some of the money, as ordered, and that he never knowingly or deliberately set out to violate the constitution.

He made no reference to calls for him to resign, led domestically by Democratic Alliance leader Mmusi Maimane and the Economic Freedom Fighters party led by Julius Malema.

The opposition also launched impeachment proceedings against Zuma but these are unlikely to be successful because of the ANC’s strong majority in parliament.

The ANC’s top leadership said it was united behind its leader, though the 86-year-old Kathrada’s intervention may carry weight within the party, which has governed the country since apartheid ended in 1994.

The calls for Zuma to quit dominated local newspaper headlines and got high-profile play abroad.

The scandal is arguably the biggest yet to hit Zuma, who has fended off accusations of corruption, influence peddling and rape since before he took office in 2009.

Speaking on Talk Radio 702, Kathrada Foundation Director Neeshan Balton confirmed publication of the letter, which was ran on media websites www.timeslive.co.za and www.enca.com.