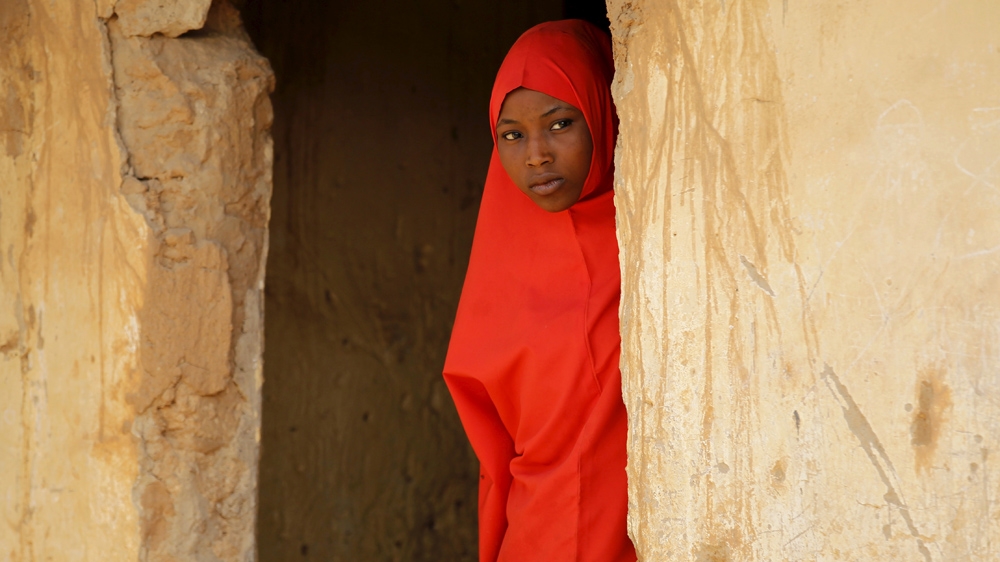 Adama Simila wears a knife tied to his belt by a piece of rope, his only protection against the Boko Haram group that has repeatedly targeted his home town in remote northern Cameroon.

While the threat once came from heavily armed, battle-hardened fighters crossing from neighbouring Nigeria,
today Simila knows he is more likely to die at the hands of a teenage girl strapped with explosives.

“We’re here to look out for suicide bombers,” said the 31-year-old, a member of a local civilian defence force in the town of Kerawa.

After watching its influence spread during a six-year campaign that has killed about 20,000 people, Nigeria has now united with its neighbours to stamp out Boko Haram.

A regional offensive last year drove the fighters from most of their traditional strongholds, denying them their dream of an Islamic emirate in northeastern Nigeria. A 8,700-strong regional force of troops from Benin, Cameroon, Chad, Niger, and Nigeria is seeking to finish the job.

Now, increasingly on the back foot, Boko Haram is retaliating with a deadly campaign against civilians, and ordinary people such as Simila have become the last line of defence.

“I’m not scared. They are people, we are also people. We must die to live,” said Simila, who was at the Kerawa market in September when two girls detonated themselves, killing 19 people and wounding 143 others.

A nearly identical bombing at the same market followed in January.

Outside Nigeria, Cameroon has been hardest hit by Boko Haram, which now operates out of bases in the Mandara Mountains, Sambisa Forest, and Lake Chad – areas straddling the borders between Cameroon, Nigeria, Chad and Niger.

Since August 2014, the group has carried out 336 attacks in Cameroon, according to the Cameroonian army, which has lost 57 of its men defending the north.

Of 34 recorded suicide bombings killing 174 people, 80 percent were carried out by girls and young women aged 14 to 24 years.

Girls abused as sex slaves by the group are psychologically damaged and, therefore, more vulnerable, the army says.

Boko Haram also uses girls because they are thought less likely to arouse suspicion, although that may be changing.

Cameroon has thrown vast resources into protecting the north.

Nearly 10,000 of its troops are deployed against Boko Haram. The army’s Rapid Intervention Brigade (BIR) consists of its most professional and best equipped soldiers, and patrols a high-risk 400km stretch of the border with Nigeria.

The US military backs them with equipment, training and intelligence gathered from American drones flown out of a base in the town of Garoua.

A small US military camp was reportedly seen inside another BIR base in nearby Maroua.

Still, the terrain is mountainous and Boko Haram has rigged many roads with explosives designed to kill soldiers.

Army officers are convinced that some fighters from Boko Haram, which pledged allegiance to Islamic State of Iraq and the Levant (ISIL, also known as ISIS) last year, have been trained at ISIL camps in Libya.

Armed incursions by Boko Haram fighters have dropped. But the army does not have enough soldiers to deploy in every town in northern Cameroon, and suicide bombers strike regularly, often several times in a single week.

“The border is under control, but it’s still very porous,” said Lieutenant-Colonel Emile Nlaté Ebalé, head of operations and logistics for the BIR’s mission in the north.

Faced with such an asymmetrical threat, Cameroon’s army has turned to so-called vigilance committees for help.

As the blazing midday sun beat down on Kerawa, Bouba Ahmada walked along a dry, scrub-lined creek bed, an ancient flintlock musket slung around his neck.

“Here is Cameroon, over there is Nigeria,” he said, gesturing towards the abandoned homes just across the dusty expanse.

Made up of men and boys armed with machetes, home-made rifles, or bows and arrows, these self-defence forces have the blessing of the local government.

They accompany the army on patrols and intelligence-gathering missions, question travellers, and denounce to the military anyone deemed suspect.

Last week they intercepted two female suicide bombers and handed them over to the army before they were able to detonate.

“We are not 100 percent dependent on this information, but this information is crucial,” said Lieutenant-Colonel Tetcha, who is not only defending Cameroon but also a growing number of Nigerians.

Close to the border sits the UN-run Minawao camp, home to nearly 57,000 refugees who have fled Boko Haram in Nigeria.

Refugees such as Zapania often receive a chilly welcome from suspicious local villagers, many of whom view them as collaborators or even underground Boko Haram fighters.

According to one Cameroonian officer, the army has removed a number of individuals from Minawao for “activities that were not in line with the behaviour of a normal refugee”.

Suspicion is everywhere. And while Boko Haram infiltrators make up only a tiny portion of fleeing refugees, many, including the Cameroonian military, fear that desperation provides fertile ground for recruitment.

“We need to act quickly. There are young people with no work who could be vulnerable. When people are hungry, they are easily approached,” said Colonel Didier Badjeck, a Cameroonian military spokesman.