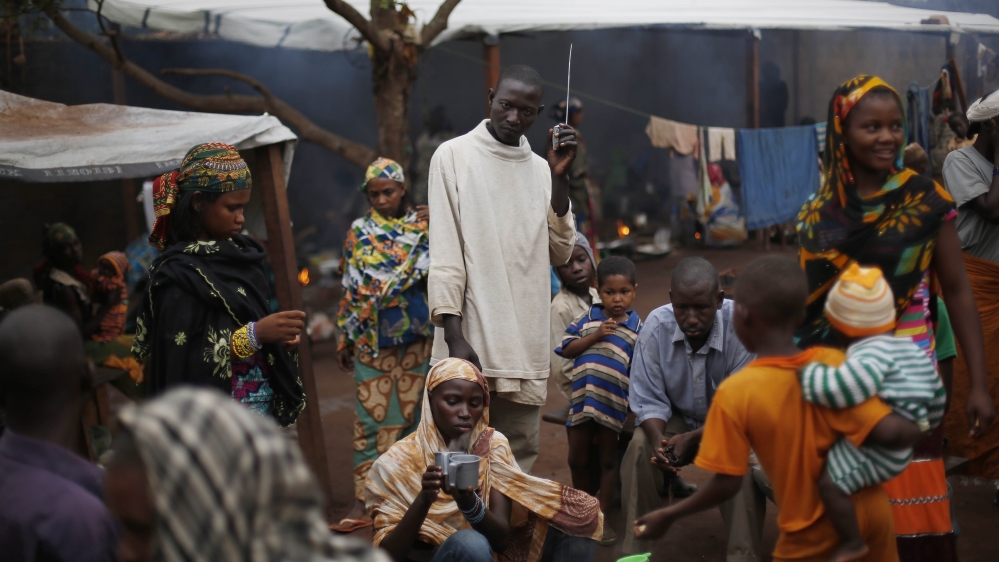 At least half of the population or 2.5 million people in the Central African Republic are facing a hunger crisis, in a situation that has become dire, the World Food Programme said.

Bienvenu Djossa, WFP country director in the Central African Republic (CAR), said on Tuesday that the number of people battling hunger had doubled from 2015 and serious interventions had to be implemented to ensure the crisis did not deteriorate.

“It is serious. The situation is worse than last year,” Djossa said a statement.

“It is crucial that we continue helping the most vulnerable, who need emergency food assistance to survive. This is the time when people need the maximum help possible as it is also the lean season, when people struggle to have enough food to eat before the next harvest.”

Three years of bloodshed and the displacement of nearly one million people from their homes have disrupted harvests and sent food prices soaring in the volatile country.

The WFP’s call for CAR not to be forgotten comes as the United Nations revealed that overall crop production in 2015 remained 54 percent below the pre-crisis average.

“Some 75 percent of people in CAR depend on agriculture, and with the planting season starting in less than two months, boosting agriculture now is crucial to revitalising the economy and to stability in the country,” the UN’s Food and Agriculture Organisation’s country representative Jean-Alexandre Scaglia said in a press release on Monday.

The WFP said that families are so short of food that children receiving school meals under the WFP’s emergency programme put part of their serving in a plastic bag to take home.

Families have been forced to sell their possessions, pull their children out of school and even resort to begging.

The country suffered the worst crisis in its history in early 2013 when mainly Muslim Seleka fighters toppled then leader Francois Bozize. Christian militias responded by attacking the Muslim minority.

Killing and looting had almost halved the number of cattle and reduced the number of sheep and goats by almost 60 percent, the UN said. Damage to infrastructure and insecurity had also hit fishing.

An escalation of violence in September helped exacerbate a massive increase in food prices, the agencies said, with the price of beef almost double pre-crisis levels.

WFP said that it had only secured about half the $89m it needs until the end of July to respond to the needs of 1.4 million people in CAR and neighbouring countries hosting CAR refugees.

B-roll – Coronavirus in Africa: More than 600 confirmed cases of COVID-19 on the African continent in 34 countries, compared to 147 just one week ago