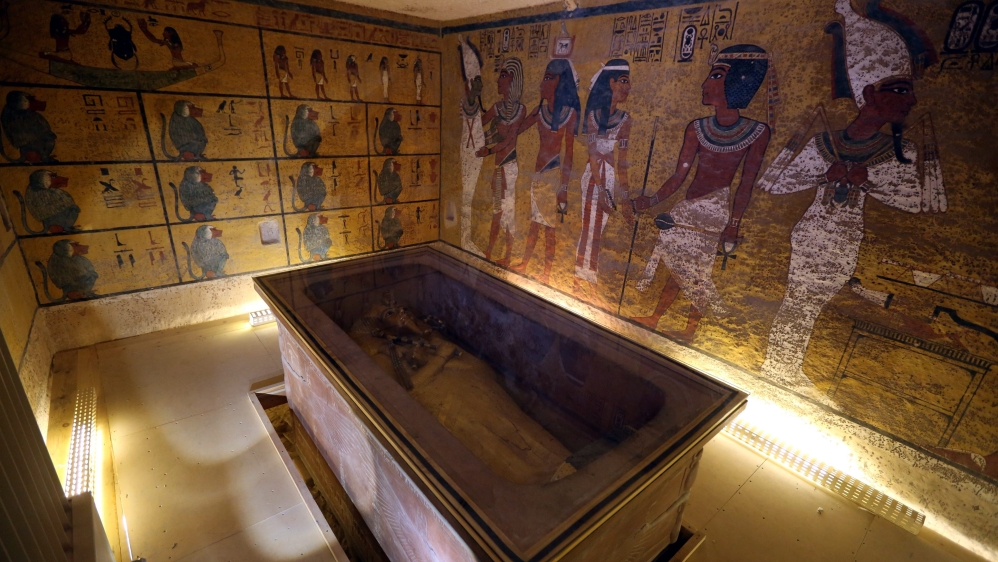 Scans of King Tut’s tomb appear to have revealed two hidden rooms – a discovery that heightened speculation the chambers contained the remains of the elusive Queen Nefertiti.

Egypt’s antiquities minister, Mamdouh el-Damaty, said on Thursday that analysis by a Japanese team showed rooms that would be scanned again at the end of the month to get a better idea of what may be inside.

The discovery could shine new light on one of ancient Egypt’s most turbulent times, and at least one prominent researcher has theorised that the remains of Nefertiti may indeed be there.

El-Damaty said he thought the chambers could contain the tomb of a member of Tutankhmun’s family, but would not speculate on Nefertiti, the whereabouts of whose tomb is a mystery that has fired the imaginations of archaeologists and history buffs for decades.

The minister also told reporters that the secret chambers may contain metal or organic material, but he declined to comment on whether royal treasure or mummies could be inside.

READ MORE: King Tut and the secrets of the hidden garden

British Egyptologist, Nicholas Reeves, speculated that Tutankhamun, who died at the age of 19, may have been rushed into an outer chamber of what was originally Nefertiti’s tomb.

Celebrated for her beauty, Nefertiti was the subject of a famous 3,300-year-old bust, and was one of the wives of Tutankhamun’s father, the Pharaoh Akhenaten.

The unveiling of King Tut’s tomb almost 100 years ago has been described as one of the most spectacular archaeological discoveries of all time.

The tomb lies in Luxor, in southern Egypt, which served as the Pharaonic capital in ancient times, and is home to sprawling temples and several highly decorated ancient tombs in the Valley of the Kings.

A throne, a chariot and – most famously – a golden death mask that has become an icon of ancient Egyptian civilisation, were found at the burial site of Tutankhamun, then a little-known boy king of the 18th dynasty of Egyptian pharaohs.

Buhari wanted to ‘abscond’ because of financial crisis