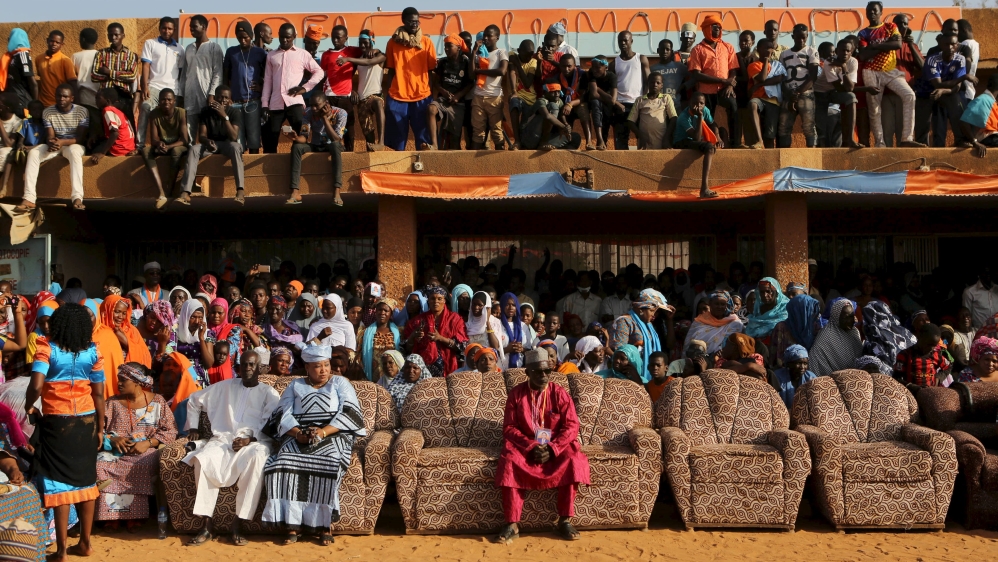 Niger’s opposition coalition says its jailed candidate Hama Amadou will boycott the runoff race against President Mahamadou Issoufou, in a poll expected to grant the incumbent a second term.

Opposition coalition COPA 2016’s Seini Oumarou said in a statement on Tuesday that the coalition would be withdrawing from the runoff, citing “unfair treatment between the two candidates”.

“The political opposition united by COPA 2016 has decided to withdraw from the electoral process under way (and) demands that its representatives withdraw from (national electoral commission) CENI,” he said.

COPA said Amadou had been “unfairly deprived of his freedom in violation of international standards of free, fair and democratic elections.

“COPA holds President Issoufou and the Constitutional Court solely responsible for the social and political situation in Niger.”

Issoufou won 48 percent of the vote in the first round on February 21 while his nearest challenger Amadou – who has been held in jail since November on baby-trafficking charges he says were concocted – took 17 percent.

Amadou was forced to campaign from behind bars in the first round and the Court of Cassation must rule on whether to go ahead with his trial on March 23, three days after the runoff ballot.

COPA 2016 has accused the government of fraud in the first round, with no official final results announced so far.

Niger’s president: Foreign intervention in Libya a must

A cabinet statement read on state television late on Monday said the Constitutional Court was holding back the definitive first round results.

“There has been no official announcement by the Constitutional Court of the final results of the first round,” said Oumarou, a former prime minister who was placed third.

In addition, the duration of the second-round campaign has been cut from 21 to 10 days in violation of the constitution, he complained.

The government maintains the polls were “free and transparent” while the African Union, which sent observers, said it was generally satisfied with the organisation of the vote, despite logistical glitches and delays.

There was no immediate comment available from the electoral commission but the government insisted the second round would go ahead despite the opposition’s withdrawal.

“There will be elections. The process is ongoing,” Interior Minister Hassoumi Massaoudou told the AFP news agency, denying any “embarrassment” to the government.

“There is no embarrassment. Actually, it does not surprise us. The main significant candidates rallied to Mr Issoufou. Seeing their defeat, they (the opponents) withdrew to avoid being beaten,” he said, referring former deputy cabinet head Ibrahim Yacouba and two other low polling candidates who gave their backing to the president.

“They retire because they cannot win. It’s disappointing,” he said, adding: “For them, the rules exist only when they win.”

A total of 7.5 million people were eligible to vote in the country, which lies on the edge of the Sahara desert, where security is a growing concern after attacks by armed groups from neighbouring Nigeria, Mali and Libya.