This week South Africa’s President Jacob Zuma visited Nigeria and stressed that Africa’s two economic giants could work together. Relations have been fraught, not helped by South African deaths in a Nigerian pastor’s building and a $5bn Nigerian fine for a South African phone company.

Here, two writers take a tongue-in-cheek look at how the nations see each other.

How us South Africans view Nigerians

The view of Nigerians by South Africans can be described as a form of sibling rivalry, at best.

South Africans generally see Nigerians as having a chip on their shoulder along with an over-confidence tinged with a bit of arrogance.

Each time there’s a so-called 419 email scam involving strangers offering millions of dollars in exchange for banking details, locals here tend to blame it on the Nigerians.

That’s even if there is no evidence of which country the scam originates from.

Stereotypically, problems such as organised crime – including drug lords and prostitution rings – are seen as a Nigerian import.

Newspapers were very critical of Nigeria when a church building collapsed in Lagos two years ago killing 106 people – 81 of them were South African.

Authorities in the capital Pretoria complained that the bodies were not repatriated quickly enough.

The current deadlock between South African telecoms giant company MTN and Nigerian authorities about the $5bn (£3.5bn) fine imposed by Nigeria sits comfortably amongst many other squabbles.

I think South Africans have never honestly accepted being leap-frogged by Nigeria to the number one spot as Africa’s largest economy.

Until 2014 South Africa had always held the number one position.

So it came as some sort of relief to locals here, when data was released sayingJohannesburg had more than twice as many dollar millionaires as Lagos.

The xenophobic attacks last year did not help the situation, even though no Nigerians who attacked specifically because of their nationality.

Nigeria recalled two diplomats after a row about visa restrictions, although both capitals denied that was the reason.

Sometimes it deteriorates to a level of frivolous accusations that Nigerian men who come into the country with the financial strength of hard currency take South African women from the local boys.

How us Nigerians view South Africans

To many Nigerians, South Africa is the closest to the West that you can find on the African continent.

The country’s shops could be mistaken for those found on Oxford Street in London.

Its roads are smooth and wide.

And its climate gives your complexion that peculiar glow which lets everyone back home know, without your having to boast, that you have just returned from abroad.

All this makes South Africa the holiday destination of choice for many Nigerians whenever an American or British visa is proving too hard to get.

And so, it is with sadness that Nigeria watches as South Africa regresses in ways that were previously associated with other African countries, such as frequent electricity outages.

If they succeed in ruining their country, where else in Africa shall we seek a similar haven whenever the West doesn’t want us?

Although, to be honest, our sadness is tinged with a good dose of schadenfreude.

Nigerians feel that South Africans hate us, even if their hatred is of a paradoxical kind.

They hate us for our “swagger”, our ability to command instant attention by hook or crook.

They hate us for being the walking, living proof that colour of skin is not a sufficient deterrent to economic success in post-apartheid South Africa.

They hate us for our smartness and sharpness, which sometimes leads to the swiping of a few hundred thousand rand.

On the other hand, they love our musicians and Nollywood actresses and pastors.

And their women keep getting swept off their feet by our men.

Nigerians feel that many South Africans would rather we were tipped off the edge of the continent, leaving them to take the stage as Africa’s one and only beautiful bride.

But, like wise co-wives in polygamous arrangements all over the world, Nigerians know that we must learn to live with them.

After all, there is more than enough space in Africa for the two countries and their peoples to shine.

Who wins the numbers game?

Most millionaires in one city: South Africa wins with 23,400 in Johannesburg, compared to 9,100 in Lagos

Most people: Nigeria wins by quite a bit with 177.5 million people compared to 54 million in South Africa

Most educated: All South Africans go to primary school compared to 85% of Nigerians

Longest lives: South Africans live longer, with a life expectancy of 57 years compared to 52 for Nigerians 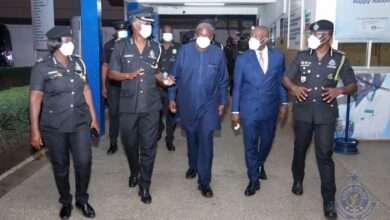 Sudan’s 37 dry years are over for its non-Muslims