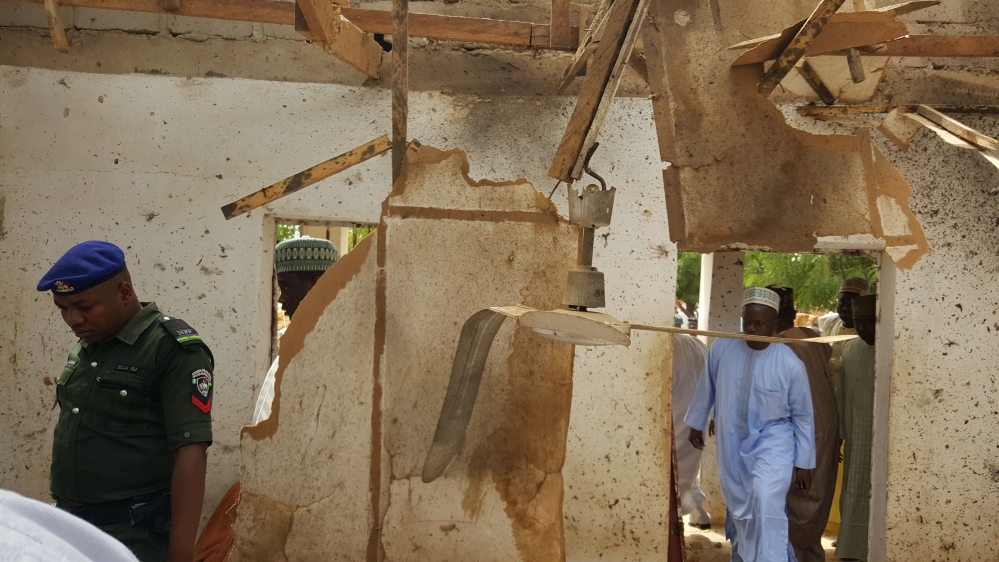 Nigerian troops have freed more than 800 people held hostage by Boko Haram across the country’s northeast, the army said.

In a statement posted to the army’s official website on Thursday, he said that 309 others were rescued in 11 villages across the region.

At least 22 “terrorists” were said to have been killed in the operation in which 309 were rescued.

Boko Haram has not commented on the statement.

READ MORE: ‘Nigeria has the measure of Boko Haram’

“The Boko Haram insurgency has been massively decimated to the extent that it is no longer in the position to carry out spectacular attacks,” he said.

Earlier in March, two female bombers killed at least 22 worshippers in an attack on a mosque. The attack took place on the outskirts of the northeastern city of Maiduguri – the birthplace of the Boko Haram armed group.

The group was suspected of having carried out the attack, according to Colonel Usman.

Boko Haram has increasingly used suicide and bomb attacks as Nigeria’s military pushes the group out of territories they once controlled. Several bombers have blown themselves up in recent months at roadblocks into the city manned by the military and vigilantes.

Some 20,000 people have been killed and about 2.3 million displaced by its war with the government since 2009.