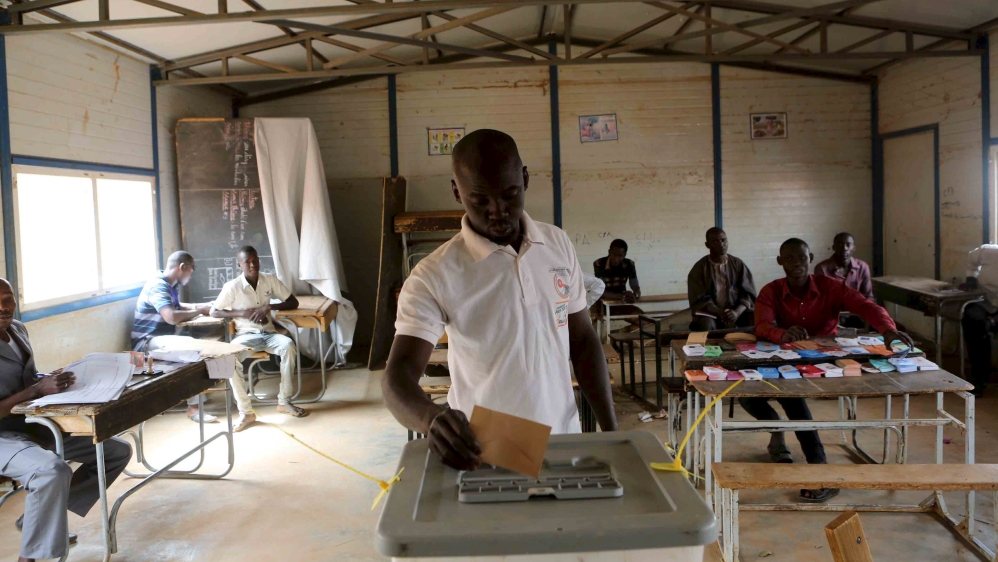 Niger is holding its first-ever presidential run-off, with incumbent Mahamadou Issoufou on track for a second term after his main rival was flown from jail to a Paris hospital for treatment and with the opposition boycotting the vote.

The election on Sunday pits Issoufou, a former mining engineer nicknamed “the Lion”, against jailed opposition leader Hama Amadou, 66, known as “the Phoenix” for his ability to make political comebacks.

Amadou has been forced to campaign from behind bars after being detained on November 14 on baby-trafficking charges he says are bogus and aimed at keeping him out of the race.

Just days before the vote, he was evacuated from prison and flown to Paris for medical care, with the government saying he was suffering from an unspecified “chronic ailment”.

On Friday, Amadou’s doctor said his condition was getting better but added that he would have to remain under observation for “at least 10 days”.

“His health is improving and currently his condition is not life-threatening,” said Luc Karsenty, a doctor at the American Hospital in the chic western Paris suburb of Neuilly.

The situation has created a tense atmosphere in the country, which has a history filled with military coups, and it has only had a multi-party democracy since 1990.

The run-up to the first-round vote was marred by violence between supporters of the rival camps, the arrest of several leading political personalities and the government’s announcement that it had foiled a coup bid.

Issoufou, who is seeking a second term in office, took a solid lead with 48.4 percent in the initial vote on February 21, way ahead of Amadou, who scored 17.7 percent.

During the campaign, Issoufou, who took office in 2011, repeatedly pledged to bring prosperity to this desolate but uranium-rich country and prevent further attacks by armed groups in its northern deserts and from Nigeria’s Boko Haram group to the south.

Just three days before the vote, Niger suffered two attacks – one in the west claimed by Al-Qaeda’s north African affiliate which killed three gendarmes, and another by Boko Haram in which a senior army officer died.

Although Amadou, a former parliamentary speaker, backed Issoufou in 2011, he shifted into opposition in 2013.

His supporters accuse Issoufou’s government of bad governance, saying it has failed to eradicate poverty in the country.

But a clear-cut victory appears assured for Issoufou, who missed winning an absolute majority in the first round by just 75,000 votes.

He has managed to secure the support of former deputy cabinet head Ibrahim Yacouba and two other low polling candidates from the initial round.

The opposition coalition has alleged fraud in the first round, claiming “unfair treatment between the two candidates” and has vowed not to recognise the results, even though Amadou has not himself said he would withdraw from the race.

“We are calling on people to stay at home. Issoufou can announce whatever results he likes, that’s of no concern to us,” said Ousseini Salatou, spokesman for the COPA 2016 opposition coalition.

Religious groups, tribal leaders and trade unions have called for calm and dialogue.

Amadou’s imprisonment since November in the town of Filingue, about 180 kilometres from the capital Niamey, took a dramatic turn recently with the government saying he was in poor health.

Polling stations open at 07:00 GMT and will close 11 hours later, after which the electoral commission has five days to announce the result.