K.Y. Amoako, president of the African Center for Economic Transformation

KIGALI, Rwanda, 14 March 2016, -/African Media Agency (AMA)/- Recent events in the international economy have made it more urgent than ever before for Africa to transform its economy. This was the sobering message from K.Y. Amoako, the president of the African Center for Economic Transformation when addressing delegates during the inaugural African Transformation Forum (ATF) which opened today in Kigali. “The sharp fall in commodity prices, or the slowing of the Chinese economy has once again shown how vulnerable most African economies remain to external factors outside their control,” Amoako said. “Transformation has the power to change that dynamic.”

Dr Amoako was joined by Rwanda’s Minister for Finance and Economic Development, Claver Gatete and the Executive Secretary of the Economic Commission for Africa (ECA) Carlos Lopes in the opening session.

The ATF has been organised by ACET, one of Africa’s leading think-tanks and the Government of Rwanda – which has led one of the most inspiring stories of national transformation in modern history.

Amoako said that since ACET started its work in 2008, “a remarkable consensus has formed, both within and outside Africa, that economic transformation holds the key to sustained growth and prosperity.” This has now been endorsed by the African Union, the African Development Bank, the ECA and the African Heads of State and Government during their summit last year. But the AFT, he stressed, was not just any conference.

Welcoming an estimated 250 delegates from all parts of Africa, as well as from outside the continent, Claver Gatete, Rwanda’s Minister for Finance and Economic Planning said that transformation had started taking root in Rwanda.

“Our Vision 2020 envisages a country transformed in all aspects of the economy and the society moving towards a middle income country by 2020.” He added that services – at 47% – had overtaken agriculture (33%) in GDP figures and growth had been inclusive, with a corresponding reduction of poverty.

He told the audience that Rwanda’s President Paul Kagame had just concluded a retreat with his cabinet, during which there had been a rigorous review of the implementation of transformative polices. “This is the actual process of transformation in real life” he said.

“Our belief in and commitment to an African-led, collaborative and cross-stakeholder movement towards transformation is the reason why we have partnered with ACET to co-host this forum.

Earlier, K.Y. Amoako had said: “President Kagame is an outspoken candidate for economic transformation. Under his leadership Rwanda has proved to be the best growth and turnaround story in Africa.” He added that the Forum would not have taken place without President Kagame’s unwavering support for it.

Carlos Lopes, told the delegates that although Africa had experienced unprecedented growth over the past decade and had been remarkably resilient to the global economic crisis, its economic performance had not created enough jobs. “The continent remains home to the world’s highest proportion of poor people. Furthermore, African economic growth has proven vulnerable to volatility in commodity prices, demand and perception fragility.”

However, he said, “Africa, as a latecomer, has the privilege to learn from others’ experience.”

Lopes, the author of over 20 books and countless articles on Africa’s economy pointed out that “Knowledge cannot be transferred. It has to be acquired, reinvented and practiced.”

He agreed with Amoako and Gatete that transformation could not take place without committed and ethical leadership and added that a developmental state was central to the process of accelerated growth and transformation of any country. In addition, “Public investment, using scarce resources, should be made selectively, sequenced and directed to achieving the highest development dividends in the long run.”

The opening session was followed by video messages from Reeta Roy, president and CEO of the MasterCard Foundation and Darren Walker, president of the Ford Foundation, co-convenors of the ATF.

The forum will conclude on 15th March, with the introduction of a Coalition for Africa’s Transformation.

For more information of the African Transformation Forum, visit http://acetforafrica.org/transformation-forum/

About ACET
The African Center for Economic Transformation (ACET) is an economic policy institute supporting Africa’s long-term growth through transformation. 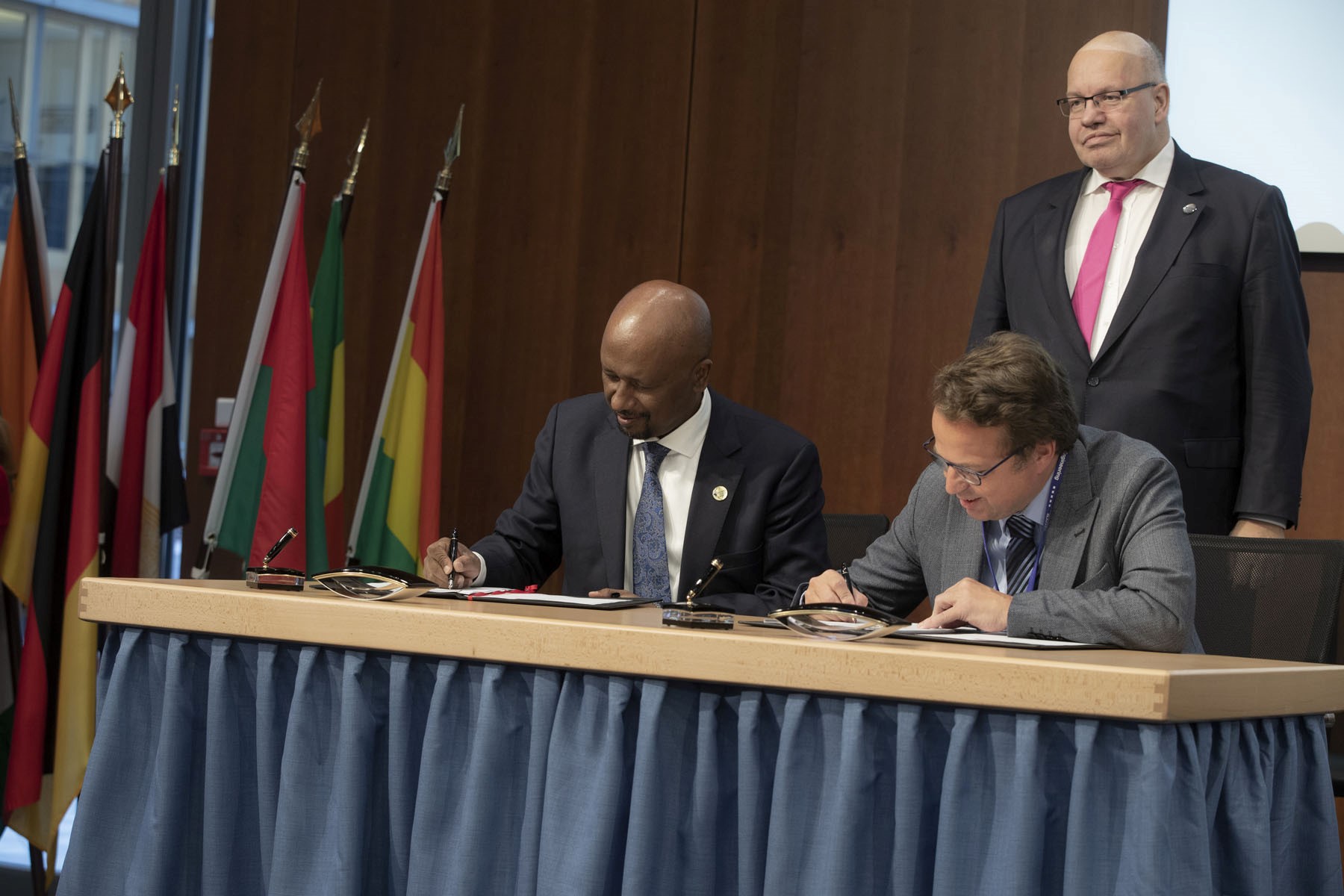