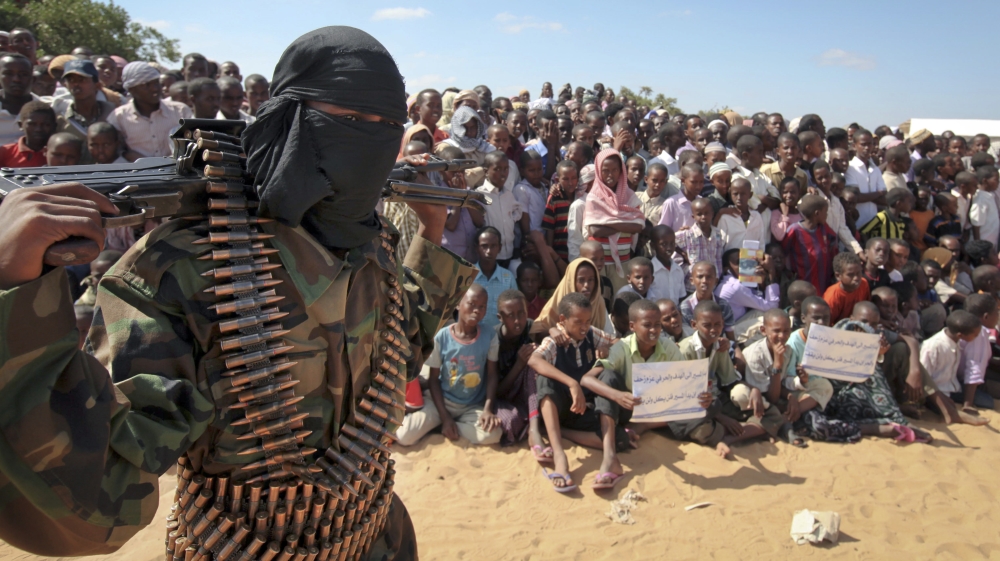 The Kenyan military said on Sunday its troops killed 34 fighters from the armed al-Shabab group in clashes in Somalia.

Twenty-one fighters were killed in the southern city of Afmadow on Saturday, military spokesman Colonel David Obonyo said. He said two Kenyan soldiers died in a roadside bomb blast in the incident.

Meanwhile, Al-Shabab – according to SITE Intelligence Group that monitors insurgent groups – said it killed a dozen Kenyan soldiers and captured two of them in the attack.

Kenya is among five countries contributing troops to an African Union force that is bolstering Somalia’s government against al-Shabab’s insurgency.

Of the troop-contributing countries, Kenya has borne the brunt of retaliatory attacks from al-Shabab.

Al-Shabab, which is allied to al-Qaeda, is waging an insurgency against Somalia’s United Nations-backed government, carrying out deadly attacks on military and civilian targets inside and outside of Somalia.

Al-Shabab killed up to 200 Kenyan soldiers in a January attack, according to Somali President Hassan Sheikh Mohamud.