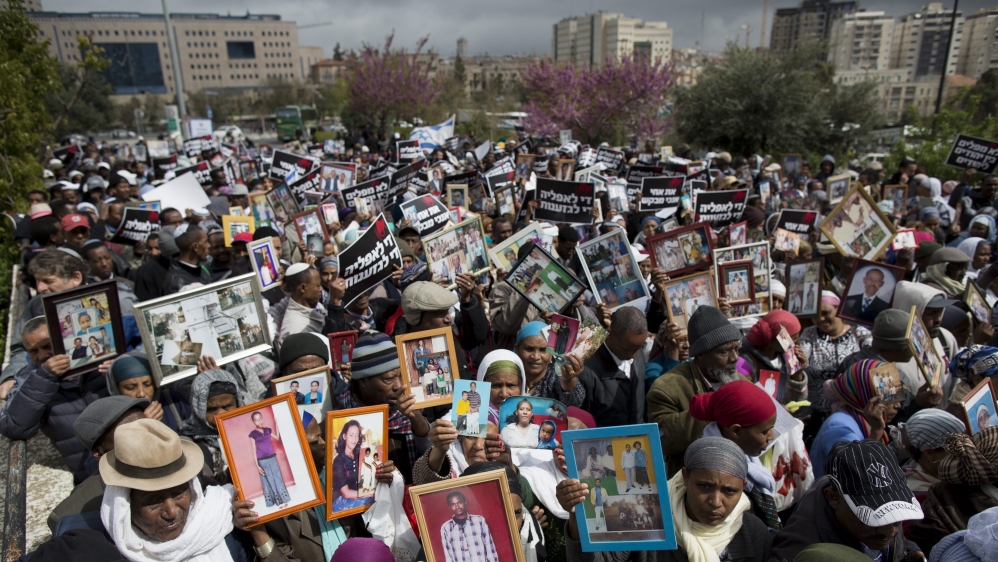 Hundreds of Ethiopian Israelis marched in Jerusalem after the government cancelled plans to allow their relatives to emigrate from the African nation, calling the move discrimination.

Police and organisers estimated the crowd at up to 2,000 people for Sunday’s march, which ended outside Prime Minister Benjamin Netanyahu’s office.

“Stop the suffering, stop the discrimination, stop the racism,” demonstrators chanted, holding signs with similar slogans as well as pictures of relatives left behind in Ethiopia.

Antaihe Cheol, a 30-year-old resident of northern Israel, said his father and brother have been waiting to immigrate for 20 years.

“This is simply discrimination,” Cheol told the AFP news agency.

His friend Ashebo noted the government actively encourages immigration of Jews from France, the United States and Russia.

“When it comes to Jews from Ethiopia – everyone refuses,” he said. “It’s embarrassing.”

Israel brought the bulk of Ethiopia’s Jewish community to the country between 1984 and 1991 under the Law of Return guaranteeing citizenship to all Jews.

However, the law does not apply to the Falash Mura, descendants of Ethiopian Jews who converted to Christianity, many under duress, in the 18th and 19th centuries.

The Israeli government in November voted to allow the immigration of some 9,100 Falash Mura.

But on March 7, an official from Netanyahu’s office informed members of parliament the decision would not be implemented because of budgetary constraints.

The issue will be discussed in the coming months as part of the budget discussions, the prime minister’s office said.

Leading the demonstration on Sunday was MP Avraham Neguise, himself an immigrant from Ethiopia and a member of Netanyahu’s Likud party.

Along with MP David Amsalem, Neguise has boycotted all parliamentary votes since being told the government was walking back its November decision, and reiterated on Sunday he would continue doing so until the decree was reversed.

Revital Swid, a lawmaker from the opposition Zionist Union, also accused the government of racial discrimination.

“Would the government tell even one Jew from Russia, or Europe, or America who had family in Israel ‘we don’t have the money to bring you here?’” she asked ahead of the march. 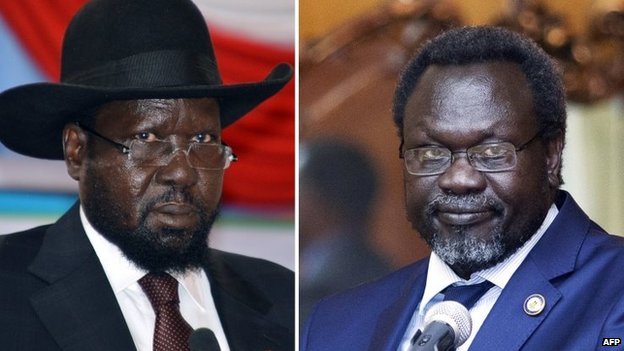