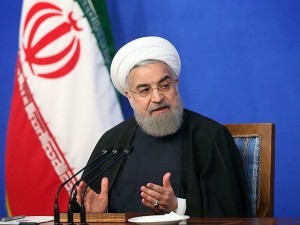 Iran’s deputy foreign minister for Arab and African affairs, Hossein Amir Abdollahian, promised this week that Tehran would “update” its Africa strategy, pursuing a “new level” of strategic relations in the coming years. The timing is somewhat puzzling, as President Hassan Rouhani has shown little interest in Africa. Above all, he is interested in securing foreign investment and technological know-how to help jolt the ailing Iranian economy; African countries are not on the list of priorities. Meanwhile, the latest major development in Iranian-African relations saw former ally Sudan make a complete U-turn, backing Riyadh in its current standoff with Iran. The Sudanese case has left a sour taste among political elites in Tehran, who believe African states are unreliable partners and will walk out on Iran as soon as a higher bidder comes along.

More importantly, Iran’s last round of so-called strategic plans for Africa, under former president Mahmoud Ahmadinejad, turned out to be a major fiasco. From 2005 until his departure in 2013, Ahmadinejad relentlessly promoted the notion of an Iranian “South-South” strategy, in which states in Africa and Latin America would become Tehran’s allies and provide Iran with diplomatic and economic depth on the international stage. It was meant to compensate for Tehran’s then-deteriorating ties with its traditional economic partners in Europe and in East Asia.

In 2006, Ahmadinejad famously attended the African Union summit in Gambia as a guest of honor. But on November 22, 2010, Gambia broke diplomatic ties with Tehran and expelled all its diplomats. The official reason for the fallout was Iran’s shipment of arms to Gambia, which Nigeria had uncovered a month earlier when it intercepted an Iranian ship. The Iranians maintain that the real reason was American pressure on Gambia to cut Ahmadinejad loose. Regardless of the true reason for the diplomatic rupture, it was very clear that making diplomatic inroads into the African continent was much harder that Ahmadinejad’s beaming photo opportunities with various African leaders suggested.

The Gambia fiasco did not stop Ahmadinejad. Shortly after, in late 2010, Tehran sponsored a two-day Iran-Africa Forum, which forty African states attended. While the forum promised a new era in relations, not much came from these African overtures, either then or since. African UN Security Council members Gabon, Nigeria and Uganda voted in favor of sanctions against Iran for its nuclear file, when Tehran needed Africa’s diplomatic support the most. The June 2010 UN vote that resulted in Resolution 1929 came a few months after Ahmadinejad’s lobbying tour of Africa.

Ahmadinejad’s ostentatious African agenda was always an uphill struggle. His oft-mentioned “historic ties” with Africa were nothing short of a fantasy. It was pure politics, given Iran’s relative disconnect from Africa. One has to go back to the conquests of the Persian Empire on the continent, or the migration of Persian merchants to the coast of Zanzibar centuries ago, to find an Iranian footprint on the continent. During the reign of Shah Mohammad Reza Pahlavi from 1941 to 1979, with the exceptions of Anwar Sadat’s Egypt, Haile Selassie’s Ethiopia and the South African apartheid regime, Tehran had few African interests.

The coming of Ayatollah Khomeini’s Islamic Republic in 1979 resulted in a fundamental overhaul of Iranian foreign policy, changing its focus from the West to the developing world. But even then, Africa was never a top priority. After the shah, Tehran had abandoned its ties with the South African apartheid regime in favor of the African National Congress (ANC), a move that was remembered and appreciated once ANC took over in 1994. But this was among the few successful exceptions, not the rule.

For Ahmadinejad, who for a while genuinely wanted to challenge the influence of Western states, and particularly the United States, Africa was a key battleground. The continent has no shortage of impoverished Muslim communities that on paper might have been ripe for his populist and anti-Western message. But aside from token successes, as when Tehran managed to become an observer state in the African Union, the continent’s states through their actions—such as the 2010 UN vote against Tehran, or Sudan’s recent diplomatic 180-degree turn— showed that, when pressed hard, they will not put all other interests aside in order to choose Iran.

African states have proven that it does not take much for them to distance themselves from Iran. Nor does it have to involve pressure from the United States. Take the decisions by Somalia, Sudan, Djibouti and Comoros in January 2016 to all cut diplomatic relations with Iran. These decisions followed Saudi Arabia’s anger at the attack against its embassy in Tehran, and Riyadh urging others to follow suit in its decision to break ties with Iran. This latest quarrel with several African states in the wake of its crisis with Saudi Arabia has reminded Tehran that since 1979, it has largely failed to generate much depth in its Africa policy. For Rouhani, who does not harbor the “South-South” ambitions of his predecessors, and is looking both west and east to improve Iran’s international standing, Africa is not currently a strategic priority. He has had good reasons to keep it that way for now. Tehran’s recent promise to “update” its Africa policy is unlikely to amount to much in practice.

* Source  National Interest.Alex Vatanka is a Senior Fellow at the Middle East Institute and the Jamestown Foundation in Washington D.C. His book Iran and Pakistan: Security, Diplomacy and American Influence was published in 2015. Follow him on Twitter @AlexVatanka.Image: Wikimedia Commons/Meghdad Madadi