Militants opened fire on a beach in Ivory Coast on Sunday, killing at least 18 people. One person on the beach told me how she and her baby managed to survive.

“It was a miracle the baby didn’t cry,” said 32-year-old Charline Burton, who described how she hid for two hours in a toilet at a hotel in Grand Bassam with her one-year-old daughter while gunmen searched rooms around her.

The Belgian national was in the seaside town of Grand Bassam, 40km (25 miles) from Ivory Coast’s economic capital Abidjan, on Sunday with her husband and two daughters when gunmen opened fire in front of them on the beach.

They saw people running and, wearing only swimwear, got up and ran too.

“We started escaping and I lost my husband. Each of us had a kid in our hand,” she said.

“I was totally lost and didn’t know what to do.

“I was with my baby. I entered a bathroom and we were there stuck for two hours, maybe three.”

The Burtons, along with dozens of other families, were having lunch at the resort in the small coastal town when men wearing balaclavas and armed with Kalashnikovs and grenades stormed the beach.

Less than an hour from Abidjan, it is a popular weekend destination for Ivorians and foreign nationals who want to get away from the busy city.

What started out as a family day trip for the Burtons ended in horror.

“And indeed I needed to stay calm because the baby couldn’t cry.

“I really had to make sure the baby didn’t cry,” said Mrs Burton, who explained she was terrified her baby would make a noise and lead the attackers to their hiding place.

“There was a small window [in the toilet] and we could see people pass. We could hear the shooting,” she explained.

“We were really scared, trying not to make any noise at all. I was so, so, so scared.”

Mrs Burton’s husband, meanwhile, had been ushered to a bedroom with other guests from the hotel where he lay on the floor with their three-year-old daughter, also desperately trying not to make any noise.

They all finally got out when the Ivorian army arrived and rounded people up and took them to a nearby church.

“All the tears I had not been crying in that toilet, I cried them later on.

“I was super shocked and crying all the time. I just couldn’t stop,” she said.

Mrs Burton and her family managed to get to safety but 16 people were killed that afternoon, including four foreign nationals and two people from the Ivory Coast Special Forces.

The Ivorian army killed three of the attackers, not six as earlier reported.

By the early evening President Alassane Ouattara visited the site of the attacks and tried to reassure the country that the situation was under control.

“These cowardly attacks by terrorists will not be tolerated,” Mr Ouattara said.

“We salute the bravery and the cold blood of our defence forces and security,” he went on to say, adding that they will “strengthen the security of Grand Bassam, Abidjan and the entire country”.

At the same time, in a statement on social media, al-Qaeda in the Islamic Maghreb (Aqim) claimed the attack.

The group has previously said it was behind recent attacks in Ouagadougou, Burkina Faso’s capital, and Bamako, the capital of Mali.

While the government had beefed up security in Abidjan following those attacks in Mali and Burkina Faso, no one was expecting attackers would target the small, sleepy town of Grand Bassam.

Abidjan is the economic capital of the country, which is the world’s leading producer of cocoa.

Since the civil conflict ended in 2011, Ivory Coast has become attractive to investors and now has one of fastest growing economies on the continent.

The African Development Bank moved its headquarters from Tunis to Abidjan after a 10-year hiatus and Abidjan is due to host the Africa CEO Forum in just a few weeks’ time.

Officials in Paris said French Foreign Minister Jean-Marc Ayrault and Interior Minister Bernard Cazeneuve would travel to Abidjan in a show of solidarity with the country.

But on Monday in Abidjan there’s little rush hour traffic.

Many people remain at home, too shocked at the events that could dramatically change the positive course their country was on.

Mrs Burton and her family are also at home, giving their daughters special attention and worried at how the horrific events that unfolded yesterday may affect them.

“I’m feeling very thankful and super lucky because… none of us or only half of the family could have been alive,” said Mrs Burton.

Who are the victims?

There were 18 victims in total from Sunday’s attack, but only some of their identities have been released so far.

Meet the Colorado businessman who is running for president in Congo 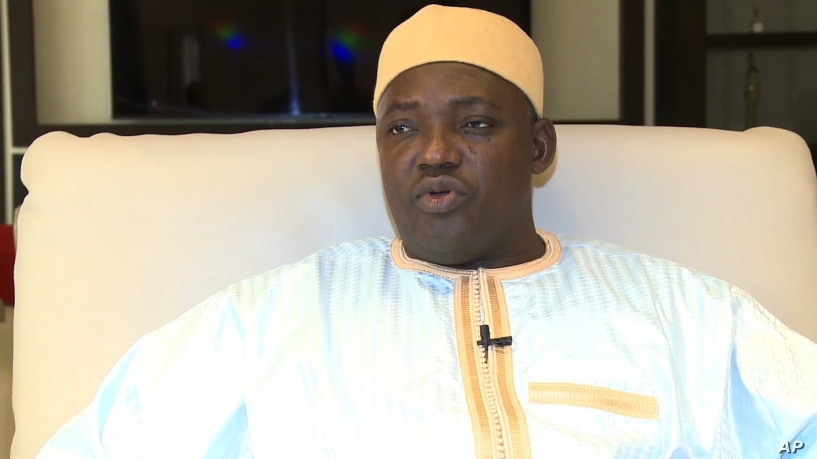 Does Boko Haram have the upper hand?