On Sunday (March 6), Ghana celebrated its 59th year of independence and John Dramani Mahama, the country’s president, came bearing gifts. During his speech, Mahama announced that the country will begin tooffer visas on arrival to citizens of all 54 African Union (AU) member states starting in July. 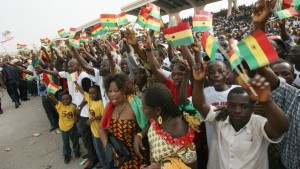 Ghana’s new visa policy is big news in Africa where, according to the African Development Bank, only 25% of the countries offer visas on arrival to nationals of other African nations. Put another way, it iseasier for North Americans to travel within the continent than it is for Africans. Only the Seychelles is known to have an open access visa policy applicable to citizens of all AU member states. (Ghana currently offers visa free entry for citizens of 15 countries within the Economic Community of West African States.)

Opening its doors to other African nations could be crucial for Ghana. The travel and tourism industry accounts for 5.9% of its GDP. Mahama did not say whether the new policy would include business visas, but at a time when foreign direct investment on the continent is falling, the country could benefit from opening its doors.

Africa – Japan Business Investment Forum brings together some of the key actors in the Japanese and African business and government circles.