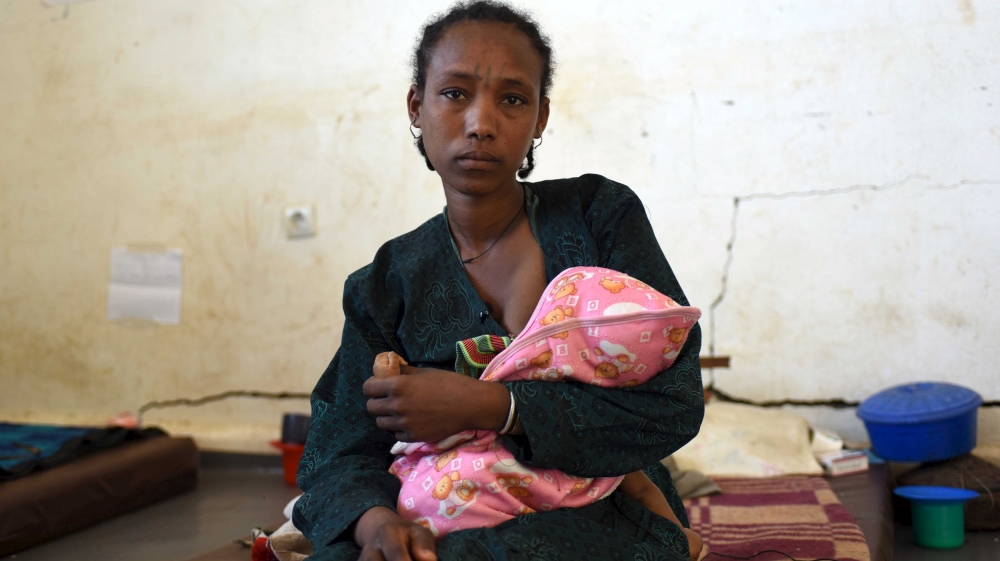 Ethiopia’s leader has urged the world to donate more towards food aid he says is needed to fight a drought that has left more than 10 million people hungry.

Aid agencies and the government have said they must raise more than $1.4 bn of aid, but that only about half of that amount has been collected.

The appeal is the third largest in the world after those for Syria and Yemen.

Ethiopia “should not be neglected by any means despite all the other crises that are going on elsewhere in the world,” Prime Minister Hailemariam Deselagn told the Associated Press news agency in an interview.

The US has been the biggest donor, giving more than $532 million in humanitarian aid to Ethiopia since October 2014.

The Ethiopian government has also spent about $380 million of its own money.

“My country deserves more support because we are also sheltering some 750,000 refugees from neighboring countries that need food aid,” Hailemariam said, referring to the fact that the Horn of Africa country hosts a large number of mainly South Sudanese, Eritrean and Somali refugees.

“If something goes wrong, it is the international community who has not come in. The aid provided to us so far is very little and it often came very late. I urge organisations like UNICEF to come in if they think this is a worst case scenario. Just talking is not a solution.”

READ MORE: Ethiopia drought: How can we let this happen again?

The drought was brought on a result of the the El Nino climate phenomenon that affected seasonal rains, causing crops to fail and livestock to die.

Ethiopia was devastated by a drought in the 1980s that – exacerbated by a civil war – killed hundreds of thousands of people and brought the country global attention.