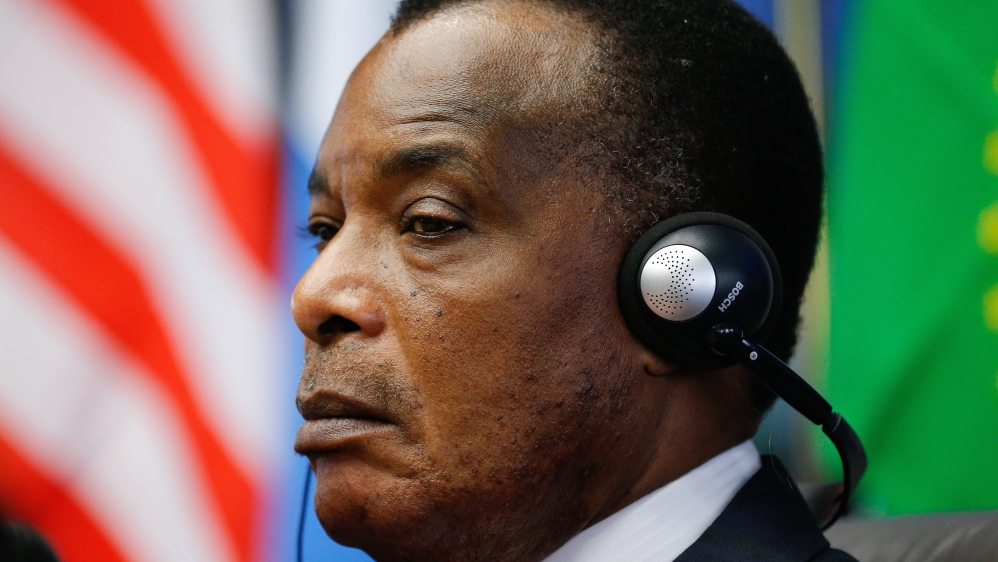 Congolese President Denis Sassou Nguesso has extended his 32 years in power, winning presidential elections in the first round with 60 percent of the vote, the interior minister said.

The official count gave Guy-Brice Parfait Kolelas 15 percent of the vote and General Jean-Marie Michel Mokoko came in third with a little less than 14 percent.

On Wednesday, the two opposition candidates rejected partial results released by the Republic of Congo’s electoral commission, which gave the country’s long-time ruler 67 percent of votes.

Al Jazeera’s Haru Mutasa, reporting from the capital Brazzaville, said the president’s supporters started celebrating the result on Wednesday after the initial results were announced.

“In areas where the government enjoys support the streets are busy and there is hardly any police or army present. They feel keeping Nguesso in office is good for Congo,” she said.

“Opposition leaders, however, say they will not accept another win for the incumbent. The government has extended an order to shut down mobile phones and the internet to prevent unrest.”

Oil and timber rich Congo has been on edge since an October constitutional referendum that ended a two-term limit on presidential mandates, allowing the 72-year-old former paratrooper colonel to run for office again.

The long-serving leader is accused by critics of rampant corruption and nepotism and of stifling democracy.

Authorities imposed a communications blackout during the vote to prevent opposition candidates from publishing their own results. A government source said they would remain suspended until after the official results were announced.

Protest in Burundi after UN decides to send police

The Left and Nigeria’s 2019 election