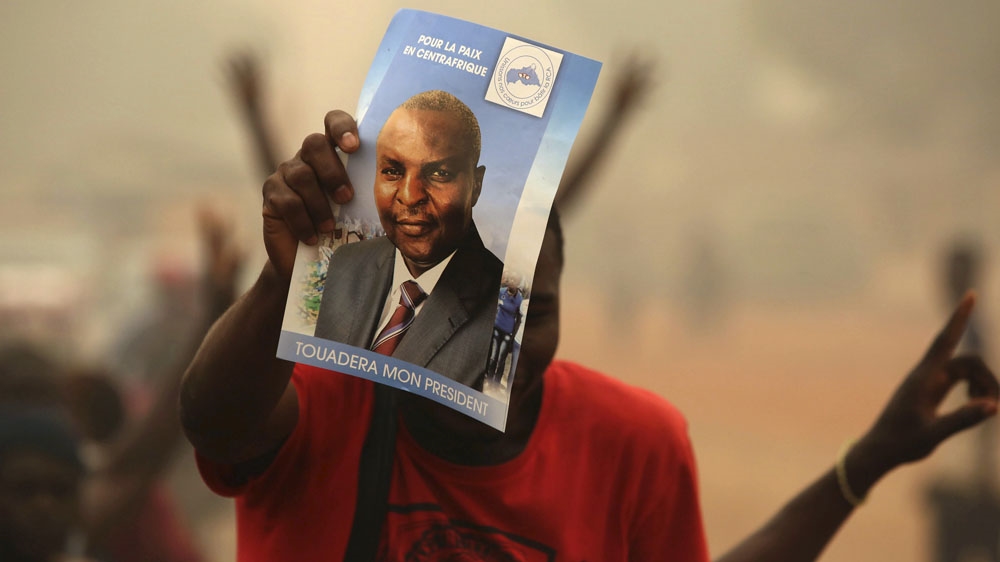 The inauguration came as former coloniser France said its troops plan to leave the country by the end of the year. The French forces worked to stabilize the long volatile country until a United Nations peacekeeping force was in place, though both missions have been tarnished by allegations of child sexual abuse.

Touadera, a former math professor and prime minister, emerged from a crowded field of candidates and won the February 14 runoff with nearly 63 percent of the vote.

Both Touadera and the runner-up candidate, Anicet Georges Dologuele, are Christians and campaigned on promises to help reunify the country plagued by sectarian violence that exploded in late 2013 between Muslim and Christian militias.

While Central African Republic has experienced relative peace since the landmark visit of Pope Francis last November, it has remained that way in large part because nearly all the country’s Muslims have fled to the northern half or across the borders to Chad and Cameroon. Some have feared that the rebels in the north may try to secede but Touadera maintained Wednesday that the country would stay together no matter what.

“The highest of priorities is that Central Africans live in peace together throughout the country,” Touadera said, pledging to disarm fighters on both sides.

“Central African Republic is indivisible and it will stay that way.”

Touadera’s presidency puts an end to a two-year transitional government that came into force in early 2014. The Muslim rebel leader who had seized power by force the year before stepped aside under mounting international pressure after his fighters were accused of carrying out scores of atrocities particularly against Christian civilians.

Animosity over the rebels’ crimes led to the formation of a Christian militia that later began attacking Muslim civilians, at times decapitating and dismembering victims on the streets of the capital, Bangui. The waves of violence prompted hundreds of thousands to flee the country.