Angola’s Jose Eduardo dos Santos ‘to step down in 2018’ 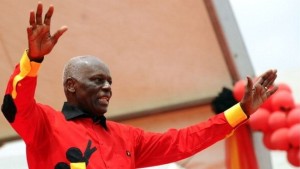 Angola’s President Jose Eduardo dos Santos has announced he will step down in 2018, having ruled since 1979.

“I took the decision to leave and end my political life in 2018,” he told a congress of the ruling MPLA party.

In 2001, Mr Dos Santos said he would not seek office in the next presidential elections, which were then abolished under the new constitution.

General elections are due in Angola, Africa’s second largest oil producer, in August 2017.

The southern African state is rich in diamonds, which fuelled a 27-year civil war in the country.

The former Portuguese colony the biggest military spender in sub-Saharan Africa, according to the Stockholm International Peace Research Institute.

Since the end of the conflict in 2002, the country has witnessed an economic boom, though critics of the elected government say the wealth has only benefited a small elite.