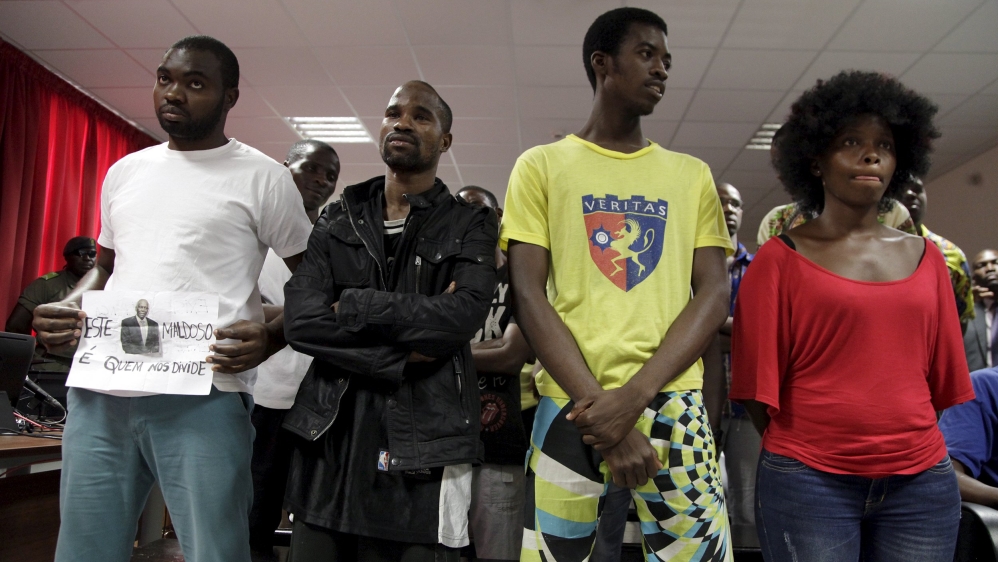 An Angolan court has sentenced 17 youth activists, including a prominent rapper, to between two and eight years in jail for rebelling against the government of President Jose Eduardo dos Santos.

The sentence was handed down on Monday at the end of a lengthy trial in the capital Luanda that the Angolan opposition has said proves the existence of ingrained political repression.

The activists were arrested in June and have always denied the charges against them.

Rapper Luaty Beirao, who went on hunger strike for over a month last year to protest his detention, was given a five-and-a-half year sentence for “rebellion against the president of the republic, criminal association and falsifying documents”.

Another activist, Domingos da Cruz, who was identified by the judge as the “leader” of the group, was handed eight-and-a-half years for planning a coup and for criminal association.

The defendants were calm as the sentences were read out before being taken away to jail at the judge’s orders.

The activists insist they are peaceful campaigners for the departure of dos Santos, who has ruled the former Portuguese colony since 1979 and is Africa’s second longest-serving leader.

Michel Francisco, a lawyer representing 10 of the accused, said he would appeal.

“Justice has not been done in a transparent way because things have been politicised and the judge only obeyed higher orders coming from the president of the republic,” he told reporters.

Amnesty International has previously said the activists should have not been arrested in the first place and described their detention as a “travesty of justice”.

Earlier in March, dos Santos said he would step down in 2018 but the announcement was received with scepticism following two similar pledges in the past.

His current mandate ends at the end of next year.