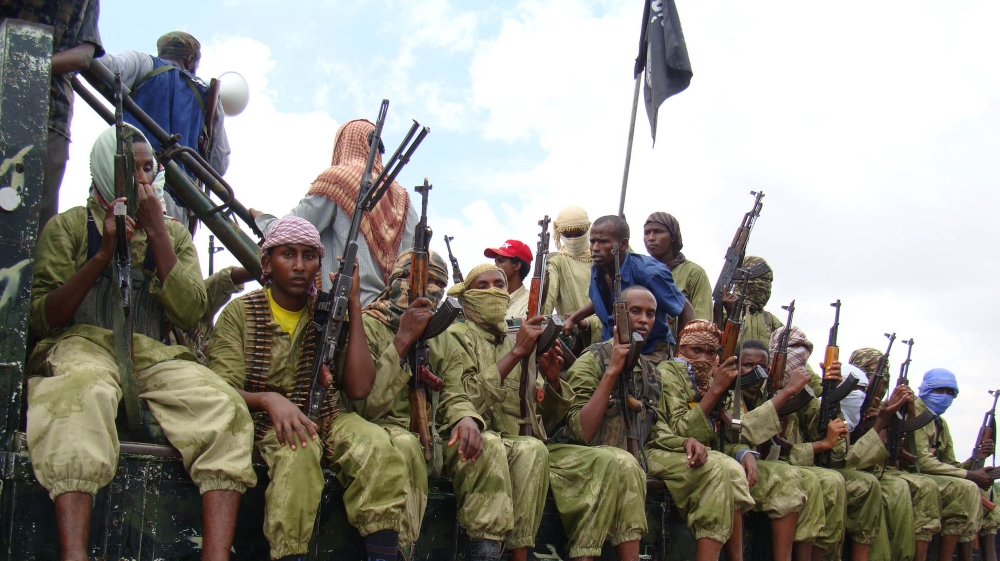 Mogadishu, Somalia – A senior al-Shabab commander has made a public appearance to deny claims that he and another group leader were killed in US air strikes last week at a training camp in southern Somalia.

Washington said on Monday it had carried out several strikes in Somalia’s Hiiraan region, in which it claimed more than 150 of the al-Qaeda-linked group’s fighters had been killed.

But Mire appeared on Thursday in the village of Buqa Qabe – in the same province the air strikes took place – to dismiss the claims.

“It is all lies. They said I was among those killed. But I’m here and doing well as you can see,” he told a crowd that had gathered to see the public execution of a man the group accused of being a Somali government soldier.

The US air strikes occurred at 14:00 GMT on Saturday at a camp about 130km from Belidogle airport in the Lower Shabelle region – a major base for AMISOM troops. American soldiers are also present at the Belidogle base.

The al-Shabab fighters were training for a large scale attack and posed an imminent threat to US and African Union forces in Somalia, according to the Pentagon.

READ MORE: What does al-Shabab want?

“It is all propaganda. America is losing this war and that is why they now have to resort to guerrilla tactic,” Mire added, in reference to a Wednesday morning raid on the town of Awdhegle – 50km south of the capital Mogadishu – by joint US and Somali special forces.

Somali officials said more than a dozen al-Shabab fighters were killed in the raid which involved two helicopters. Al-Shabab said only one of its fighters was killed.

There was no way of independently verifying both claims.