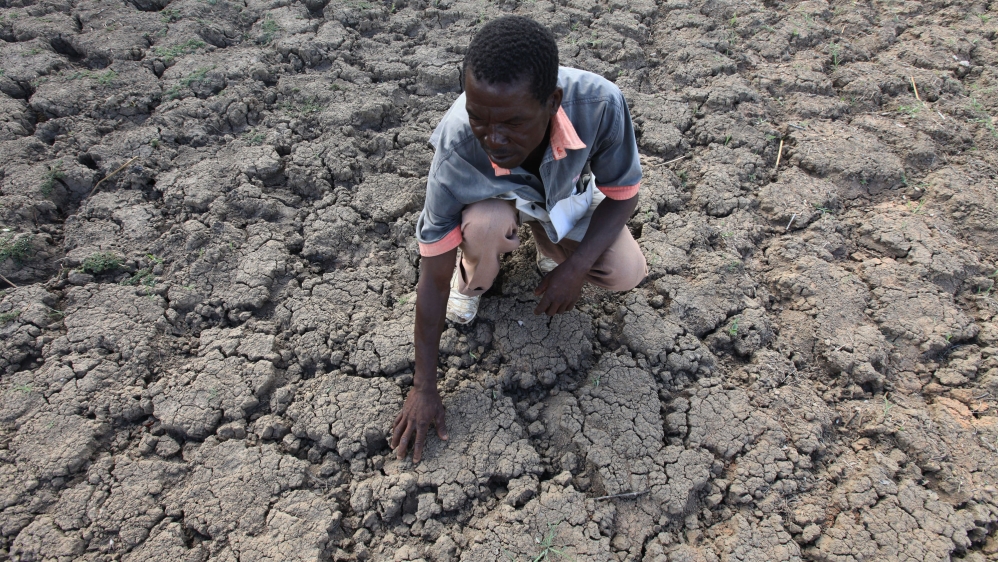 Zimbabwe has appealed to local businesses and charities for more than $1.5bn aid to save more than a quarter of the population from starvation due to drought.

“The government of Zimbabwe requires a total of [$1.57bn] with effect from February to December 2016,” Zimbabwe’s vice president Emmerson Mnangagwa said at a news conference in the capital Harare on Tuesday, adding that more than three million people were in need of food and water.

“The amount of rainfall received to date is inadequate to meet basic household consumption needs as well as support for livelihoods, agriculture and wildlife.”

Mnangagwa’s appeal came barely a week after President Robert Mugabe declared a “state of disaster” in many rural areas hit by severe drought.

Zimbabwe has been affected by a regional drought worsened by the El Nino weather phenomenon that has also affected other Southern Africa countries, including South Africa, Malawi and Zambia.

Mnangagwa said the southern parts of the country are the worst affected with tens of thousands of cattle dying, boreholes drying-up and dam levels decreasing due to the poor rains.

“There is a threat to human and animal life as safe water, irrigation water and drinking water sources for animals are increasingly drying up,” he said.

Most of the funding is sought for the import of foodstuffs but part of the $1.57bn will be used to repair irrigation equipment across the country to increase food production.

About 1.5 million metric tonnes of staple maize will be required to feed people from February to December, Mnangagwa added.

Fadzai Johannes, a rural farmer, told Al Jazeera that Harare should have come to the rescue of farmers sooner.

“[The] government keeps saying they are going to help us, but we have not seen anything yet. I don’t know what I am going to do.” Johannes said.

Relief workers in the country are not expecting the situation to improve in the coming weeks.

“From our expectations we were expecting rains to fall from September to October but that did not happen. That means very few people have managed to grow crops so there could be no food by March, where we normally expect people to have harvested,” said Hardlife Takada, emergency response manager at the Plan International development organisation.

The World Food Programme, the UN’s food-assistance branch, last month said about 14 million people in Southern Africa are facing hunger due to poor harvests in 2015, caused by the latest El Nino.

This particular El Nino has brought drier conditions to the southern part of Africa while the east has been hit by wet conditions.

Cameroon National Dialogue:Agbor Balla says Form of state must be in discussion