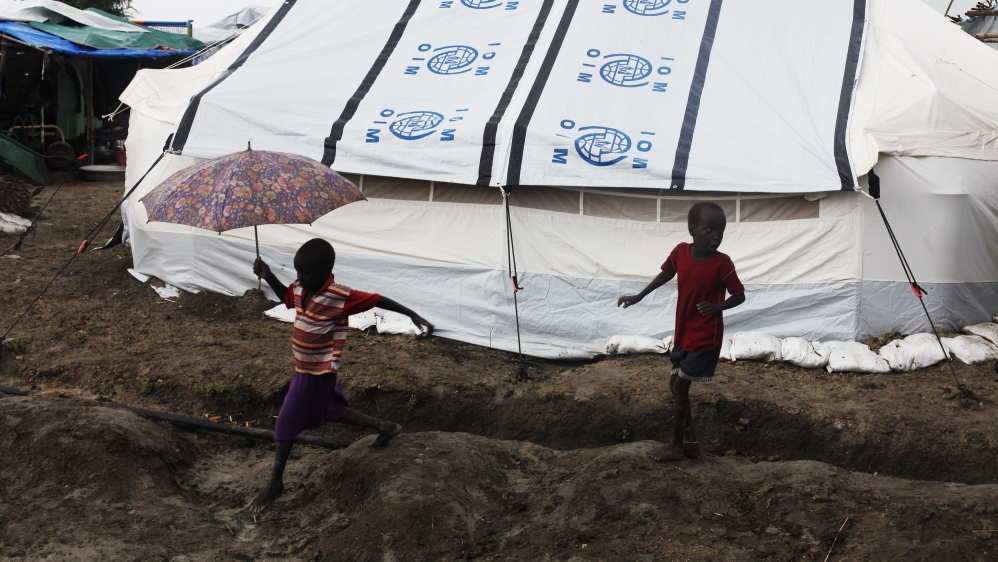 The UN has said fighting at one of its camps housing civilians fleeing unrest in South Sudan may constitute a war crime.

At least 18 people were killed, including two members of the aid group Doctors Without Borders (MSF), at the facility in the northeastern town of Malakal.

The fighting between rival groups of youths armed with machetes and small arms also left more than 40 people wounded.

The site is one of eight UN bases in South Sudan providing a safe haven for displaced people since the civil war began in 2013.

UN spokesperson Ariane Quentier said its forces had quelled the clashes but the situation remained “very tense and volatile.

“I have to remind all the warring parties that the UN installations that are set are to be respected and the sanctity of this settlement is to be respected and committing an attack against the United Nations may constitute as a war crime,” Quentier said.

“It started between the Shilluk youths and the Dinka youths who started fighting each other…immediately we had the UN police who came on sight and dispersed the crowd with tear gas.”

Around 6,000 UN peacekeepers are deployed at the Malakal base, keeping watch over 47,000 people.

Both the government and opposition rebels have been accused of carrying out massacres and more than 2.8 million people are in need of aid.

The war has its roots in a political rift between President Salva Kiir and his deputy Riek Machar, which gave way to ethnic violence.

A peace deal was reached six month ago, with Kiir reappointing Machar as vice president, but Machar has yet to take up the post in the capital Juba.