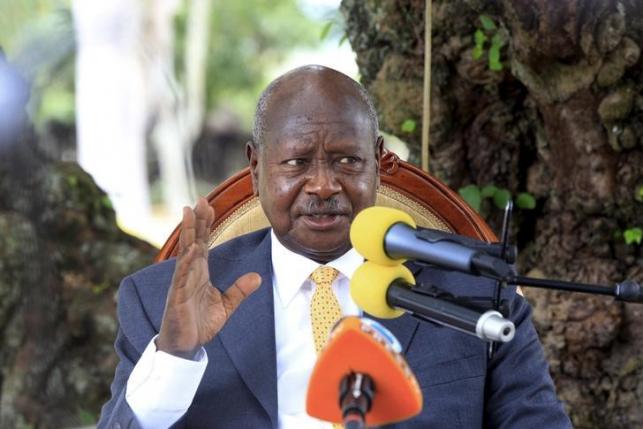 While Ugandans spar over President Yoweri Museveni’s disputed re-election this month, a bigger battle is already looming: whether the country will change its constitution to allow him to stay in power for life.

Museveni, 71, who came to power in 1986 and has endeared himself to the West by fighting Islamists in the region, is barred from the next election in 2021 because he will be past the constitutional age limit of 75 for presidential candidates.

But rivals, experts and voters said they expected Museveni to remove the age cap, following the Feb. 18 election that saw Museveni win 60 percent of the votes. The opposition has challenged the result, saying it was rigged, but authorities deny the charge.

Museveni’s critics say he is following a well-trodden path of African leaders trying to stay in power for life, ignoring calls by the United States and other Western nations for African presidents to stick to constitutional limits and step down.

“Many of these (leaders) have got a very great fear of leaving power, and that cannot be explained rationally,” said Nicholas Sengoba, a columnist for Uganda’s Daily Monitor.

In a televised interview this week, Museveni appeared to open the door to the possibility. “We don’t believe in term limits,” Museveni told the BBC. “If you don’t want them to be there forever, you vote them out.”

Museveni, who led a guerrilla war in the early 1980s that brought him to power, has been credited with bringing relative peace and economic growth to Uganda, a prospective oil producer that nonetheless still suffers poor infrastructure.

Critics fault him for not doing enough to stem high youth unemployment and sweeping corruption, as well as hampering Uganda’s progress with a top-down approach to governing. They point to Museveni’s tendency to refer to “my oil”.

Opposition leader Kizza Besigye, who took 35 percent of the vote and accused Museveni of rigging the election, told Reuters he expected the president to try to remain in office.

“Whether he changes the constitution or not, a dictator is an unwelcome thing in our country,” Besigye said. “The defiance campaign … will not stop until the dictator is out of power.”

On the streets of Kampala, many voters said they would be shocked if Museveni were to relinquish power, either by naming a successor or announcing his retirement. More than three-quarters of Ugandans are under 30 and have never known another president.

In a nation still haunted by decades of chaos under leaders such as Idi Amin, who ran a ruthless police state in the 1970s that killed or tortured an estimated 300,000 people, Museveni still represents stability for many.

Others said it was time to stop the pretence of voting. 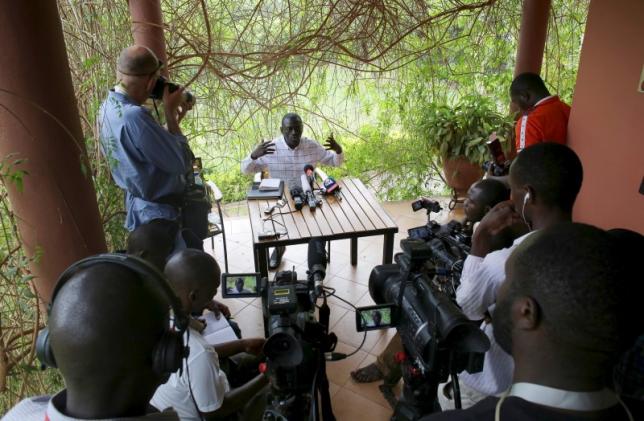 Opposition leader Kizza Besigye speaks during a news conference at his home at the outskirts of Kampala, Uganda, February 21, 2016. REUTERS/Goran Tomasevic

“They should just stop bothering us altogether and announce that he has a life presidency,” said Sara, 52, who only gave her first name and says the latest vote was rigged. “Stop wasting our time with these elections.”

Former U.S. President Bill Clinton once heralded Museveni as part of a “new generation” of African leaders who embraced democracy. Now, many Ugandans compare him to Zimbabwean President Robert Mugabe, who turned 92 this month and has shown no intention of stepping down.

Last year, Rwanda and Congo Republic both changed their constitutions to allow their leaders to seek third terms.

Burundian President Pierre Nkurunziza’s decision to stay in office beyond two terms sparked a crisis that international observers fear could return the country to civil war.

“We have said that there is going to be a review of the constitution. Many areas need to be looked at,” Ugandan Prime Minister Ruhakana Rugunda told Reuters. “As to what happens five years from now, it’s the prerogative of the people of Uganda.”

For now, Uganda has an age limit but no presidential term limits. Rivals say Museveni is likely to remove the age cap, just as he scrapped term limits a decade ago.