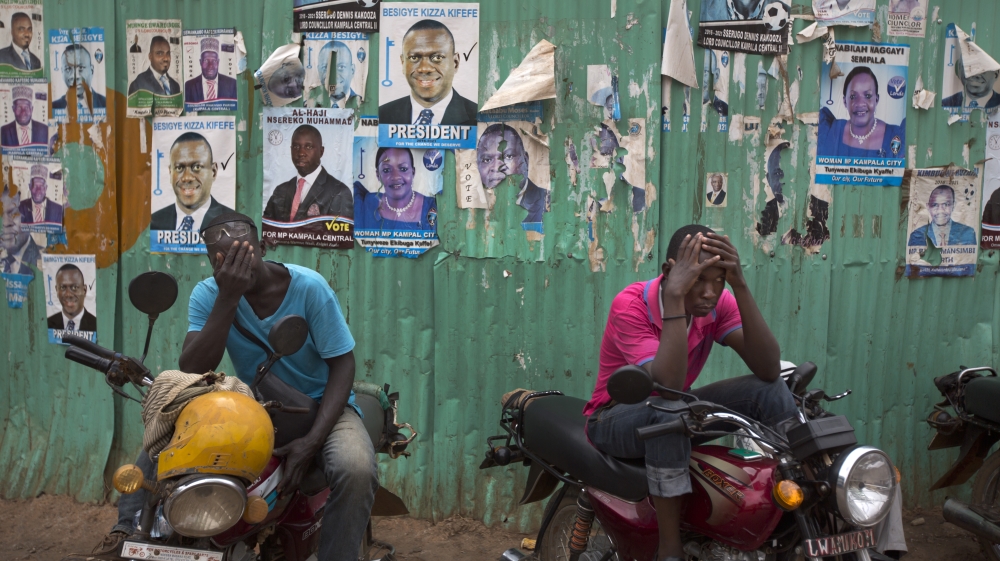 Jotham Taremwa, a spokesman for the electoral commission, told Al Jazeera on Friday that his office had not received any official complaint over allegations that ballots had been tampered with.

“I never saw that, I never heard that, we have not received that complaint. So I thought there were enough checks and balances to ensure that nothing is done.”

A polling officer also told Al Jazeera that changes were made to ballots in full view of security forces.

On Tuesday, the electoral commission ruled that Yoweri Museveni had won a fifth termin the poll. It is a decision opposition supporters say they will not accept.

Kizza Besigye, Museveni’s main opposition rival, was arrested several times in the lead-up to voting and afterwards when he and his supporters attempted to protest the results. On Saturday, the Forum for Democratic Change (FDC) party leader remained under house arrest.

The UN’s statement came after reports emerged of least two deaths and an unknown number of people injured in election-related violence.

Office of the UN High Commissioner for Human Rights (OHCHR) spokesperson Cécile Pouilly said the UN was concerned about an “intimidating display of force” used by Ugandan police and military forces on opposition supporters.

“We remind the government of Uganda of its obligations under international human rights law not to unduly restrict freedom of expression and peaceful assembly,” Pouilly said.

Foreign observers have also said the polls were not free or fair.

Sudan: 15 attacks on health facilities and workers in two months