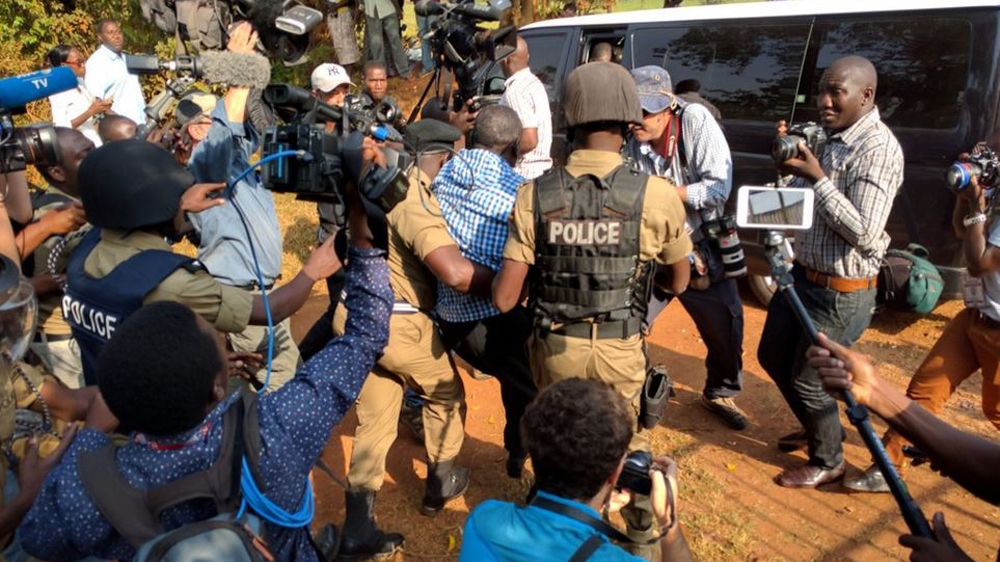 Ugandan opposition leader Kizza Besigye has been bundled into a van outside his home by police as his supporters planned a march to protest against the results of a presidential election.

The Forum for Democratic Change (FDC) party leader had been under heavy police guard since he was placed under house arrest on Saturday, shortly before the election results were announced.

President Yoweri Museveni, who seized power as the leader of a rebellion in 1986, was returned to power with 60.8 percent of the vote. Besigye secured 35.4 percent, according to the electorial commission.

Besigye was also arrested on election day last week as he tried to show journalists what he said was a vote-rigging operation in a suburban house. He was arrested on a separate occasion during election week when he tried to hold a rally in the centre of the capital, Kampala.

Besigye had been expected to be released from house arrest on Monday, and had planned what his party said would be a peaceful march to the electoral commission to demand a transcript of last week’s results, which he has dismissed as fraudulent.

Al Jazeera’s Malcolm Webb, who followed the van, said Besigye had been taken to a police station.

“We’ve seen a couple of vehicles leave since he was taken here but as far as we know he wasn’t inside any of them so he looks to be still in the police station at the moment,” Webb said.

“Preventative measures have been taken against Dr Besigye and he is in safe hands,” Siraje Bakaleke, a police commander, told journalists outside the police station.

“We got intelligence that Besigye and some people were mobilising others to come and cause havoc in Kampala and that is unacceptable. We cannot have business at a standstill and we are trying to prevent that.”

Earlier on Monday, Besigye’s Forum for Democratic Change party tweeted: “We are leaving Kasangati now to walk peacefully to @Uganda EC HQ. Join us on this peaceful walk to the UgandaEc.”

Following the opposition leader’s arrest, police issued a statement saying that he had planned to form a procession from his house to the electoral commission, but he needed prior permission to stage such an event.

The FDC has called on its supporters to reject the election result.

With additional reporting by Tendai Marima in Kampala. 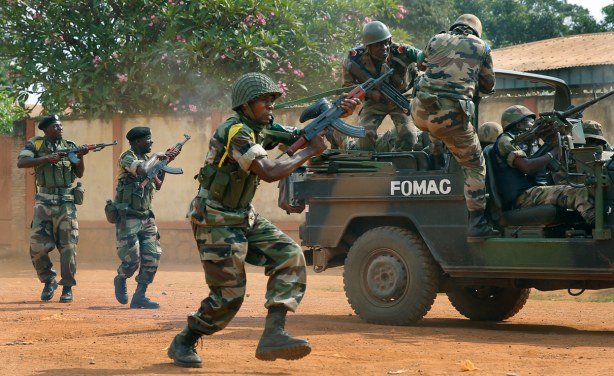