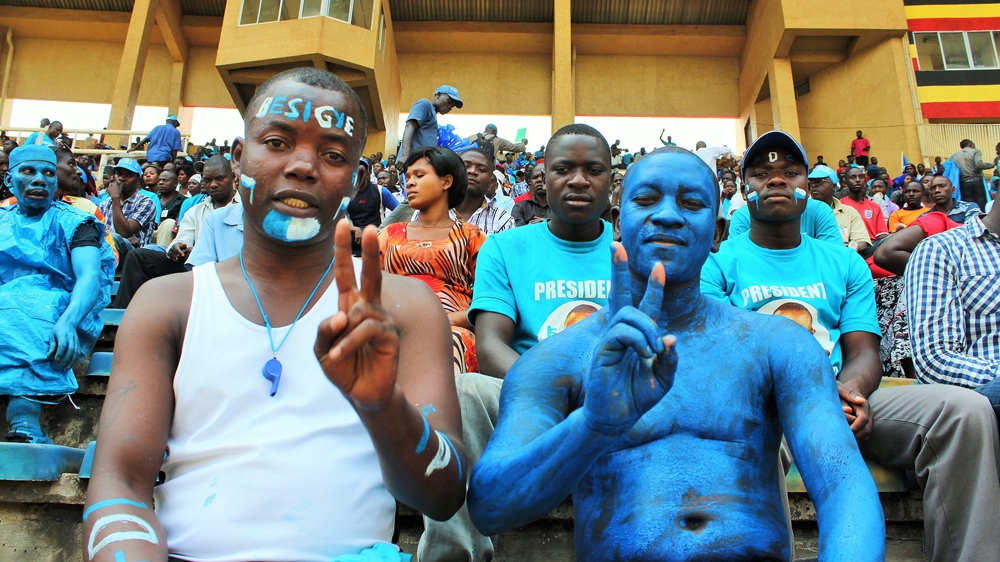 Kampala, Uganda – As their country goes to the polls, we asked six Ugandans from all walks of life and with different political leanings which issues they would like to see addressed by the winning party.

Peace, media freedom, women’s rights, LGBT rights, constitutional term limits, an end to tribalism and jobs for the country’s youth are some of the issues that seem to matter most to Uganda’s people.

“The thing I want most from this election is peace. I don’t really care who wins, but I don’t want any fighting.

I lived through the bush war in northern Uganda and life back then was not easy; I always felt insecure, I could not run my business and I lost a lot of money as well as family members.

I hear young people saying if my party loses we will go back to the bush and fight, but I don’t think they know what the war was really like; they only know today’s Uganda of peace and stability.

Now we have elections every five years, but there was a time when Uganda did not even have that and I don’t want to return to those days. The situation in our country today is much better than it was then and I hope the government we vote for will make sure Uganda remains peaceful.”

“The media is always a central part of elections as its job is to report and interrogate issues and inform voters. However, during this election we have seen journalists facing harassment and intimidation from the state and I would like this to end.

The government has raised complaints against our paper and we have been shut down before by the authorities for publishing a letter concerning President Yoweri Museveni’s succession. Some of our journalists have been harassed or prevented from covering events with the president because we are deemed as not friendly to the incumbent.

This election season has not been easy and we still have to deal with government complaints, but we can only hope that with the beginning of a new five-year cycle that all stakeholders, including the media council, will treat the media fairly and impartially.”

“There’s been a lot of intimidation of women during this election, but it does not get reported because women are too afraid or because it happens in the home. I would like to see justice for women who experience this form of violence.

I would also like to see women’s participation in politics increase, especially at the national level where it feels as though those in power did not foresee a space for women in politics.

But this is why we have to create a space for women in Ugandan politics. The majority of voters are women and young people and it’s important for the next government to look out for their issues. We cannot have a situation where 16 women die every day giving birth or where a girl is prevented from going to school, so I hope the next government will be an advocate for women’s rights and I hope women will also understand the power of their vote so they can push for issues that have largely been neglected in past government policies.”

“For the past five years Uganda has been under the international spotlight for its treatment of gay people and I hope that with the election of a new government we can now move in a new direction and a new era of human rights that accepts people as they are and protects them from abuse.

During this election period there has been a lot of talk of violence and I hope this won’t come to pass, because there is a risk minorities will bear the brunt of a sore loser.

LGBT minorities have always been the scapegoat in Ugandan politics and during this past campaign period some politicians have blamed us for petty things like poverty or heavy rains simply because they want to be popular with voters. But that has a far-reaching effect and it legitimises homophobia.

In the last five years Uganda has been on trial for discrimination and arbitrary arrests of LGBT people, and my wish in this election of a new leadership is for a Uganda that is far more tolerant of difference and diversity.”

“This is my first time to vote and I hope that this election will give us a government that can provide the young people with colleges where they can get skills that will help them to get jobs in the end.

The president has promised to build more schools for technical skills in Kampala [the capital] and he has said he will create more employment for those coming out of school. I want him to fulfill that promise if he wins.

I was not born during the war, but when I look at Uganda I can see the changes that have been made compared with the stories of Uganda which I’m told by my parents. So if this country is to develop, the government we have must provide more job opportunities for us, the young and educated.”

“For me, change is the priority of this election. I would like the constitutional term limits reinstated because that shows we can have a change of leadership and it means we also follow the norm of other countries in the East Africa Community.

If we don’t change our leaders or they try to cling to power like in Burundi, we won’t have peace. Apart from a guarantee of the two-term limit, I would also like a government that does not divide its people.

The current government is divisive and favours one tribe over another, so it makes it very hard for people to get jobs if they are not from the western regions. This creates a very unfair system where only the Chinakore and Binyarwanda share the cake of the nation and this has to change.”