South Africa’s ruling party has reiterated its concerns that U.S. diplomats in the country are attempting to stir up regime change.

African National Congress (ANC) Secretary General Gwede Mantashe first raised the issue at an anti-racism march in the capital Pretoria on Friday. Addressing thousands of supporters ofPresident Jacob Zuma’s party, Mantashe said that the party was aware of regular meetings of young people at the U.S. embassy in Pretoria. “Those meetings in the American embassy are about nothing else other than mobilization for regime change,” said Mantashe.

Mantashe also made mention of a six-week program run by the U.S. embassy, which takes young people to the U.S. before they are returned to South Africa. The program in question is the Mandela Washington Fellowship for Young African Leaders, a flagship program launched by U.S. President Barack Obama in 2014 to provide leadership training to 1,000 young people from Sub-Saharan Africa.

“There seems to be irregular activities coming from the U.S. embassy,” said ANC spokesman Keith Khoza, AP reported on Monday, adding that the ruling party would raise its concerns with Washington through diplomatic channels.

Mantashe’s comments sparked a sarcastic reply on Twitter from U.S. Ambassador to South Africa Patrick Gaspard. The ambassador claimed that he had told Mantashe about the leadership program:

Well, he should be “aware” of this program since I personally invited him to recommend young ANC leaders for it…https://twitter.com/cathymohlahlana/status/700643404296814592 …

According to the U.S. State Department, the two countries have enjoyed a “solid bilateral relationship” since 1994, when South Africa ended its decades-long policy of apartheid. Relations were strained recently in a row over importing chicken: The U.S. threatened to throw South Africa out of a preferential trading deal worth more than $170 million per year to South African farmers—known as the African Growth and Opportunity Act (AGOA)—because the country was refusing to allow the importation of American chickens. South African Trade Minister Rob Davies said in January that the issue had been resolved amicably. 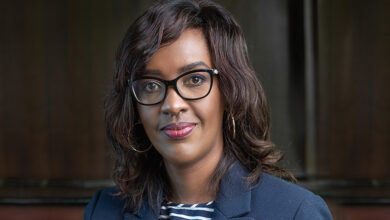