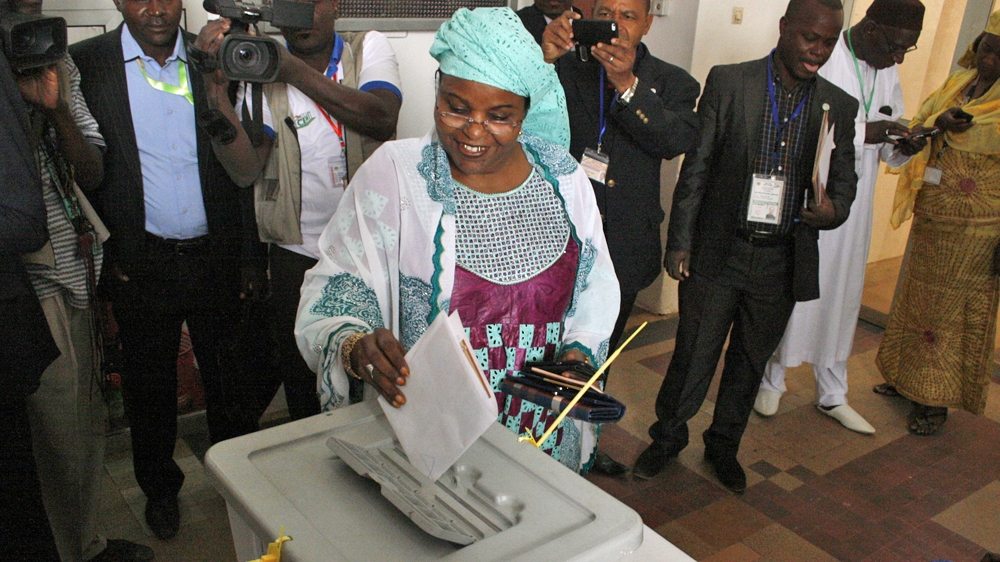 Voting has closed in the presidential and parliamentary elections in Niger amid tight security as President Mahamadou Issoufou, 63, who is seeking another term in office, promised a “knockout” blow to his opponents.

Al Jazeera’s Mohamed Vall, reporting from the capital Niamey, said most of the polling stations had closed and counting had started across the country as of 19:00 GMT on Sunday, with exceptions in areas where election materials arrived late.

In one voting station in Niamey, counting started under the dark because of lack of electricity, he said.

A total of 7.5 million people were eligible to vote during at 25,000 polling stations across the impoverished country.

Niger is endowed with abundance of minerals including uranium, the country’s leading export. It ranks fourth among global producers after Kazakhstan, Canada and Australia.

However, defence remains a top budget priority for the country on the edge of the Sahara Desert, with security a growing concern after attacks by armed groups from neighbouring Nigeria, Mali and Libya.

The results of Sunday’s elections are expected within five days.

A jailed candidate facing baby-trafficking charges was among the top contenders to challenge Issoufou for the country’s top job.

Known as the “Zaki” or “lion” in Hausa, the majority language in Niger, Issoufou, a mathematician and mining engineer turned politician, faces a total of 14 rivals including a particularly tough challenge from two former prime ministers and an ex-president.

Should he fail to snatch a first-round victory, his main rivals have struck a deal to back whoever scores highest among them in the hope of ditching the president.

One of the contenders heading the opposition pack is Hama Amadou, 66, who is campaigning from behind bars after being arrested in November on his return from exile in France over his alleged role in a baby-trafficking scandal.

Amadou, a former premier and parliament speaker, heads the Nigerien Democratic Movement (NDM) whose members were tear-gassed by police earlier this month after gathering in their thousands to support the prisoner-candidate, known as “the Phoenix” for his ability to rise from the ashes.

“Amadou’s supporters tell you that he has gained more popularity just because he is behind bars. They say he was already popular, but now more so,” Al Jazeera’s Vall said.

“But if you talk to the government side they say he was given a lot of publicity and that he is wanted for a crime that here in Niger is punishable by many years in prison.”

He said Issoufou believes he will win the elections in the first round.

“The problem in this election is that since the beginning of the democratic process in Niger in 1993 … there has been many disruptions because of coups,” he said.

He said another leading contender was opposition leader Seini Oumarou, who is described as more popular and more charismatic and the main challenger now for the president

“He is not behind bars. He is free and spent the past few weeks campaigning for this election across Niger and he has a pedigree according to people here,” our correspondent said.

Oumarou served as premier to Mamadou Tandja, the president who was overthrown by the army in 2010 after 10 years at the helm.

Also among the favourites is Niger’s first-ever democratically elected president, Mahamane Ousmane, 66, who is making his fourth bid to step back into the job since his 1993 election.

Between East and West: The Cold War's legacy in Africa