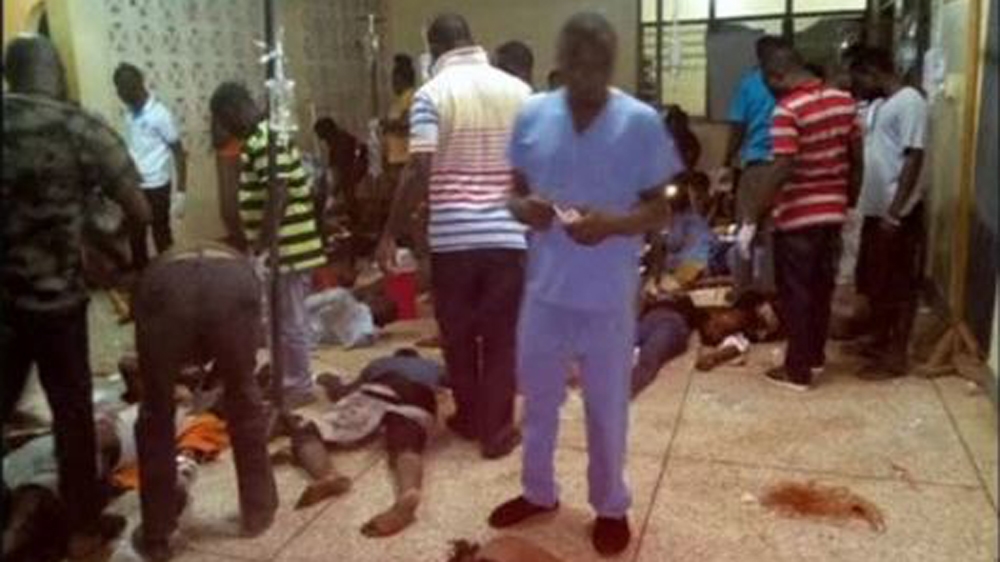 At least 71 people died after a passenger bus collided with a truck carrying tomatoes on a highway in Ghana, police say.

They said the head-on collision between the government-operated bus heading to the northern town of Tamale from the second-largest city of Kumasi and the cargo truck happened on Wednesday evening.

The town is about 420km from the West African nation’s capital, Accra.

Described as one of the worst crashes in the country in years, the accident reduced the bus to a mass of metal and left the road covered with crushed red tomatoes.

Bismark Owusu Fosu, medical director at Kintampo hospital, said on Thursday 71 people died in the crash, while a further 13 people were seriously injured.

Many passengers were reported to have died on the spot, police said.

“It was very serious. Many of them were already dead,” regional police spokesman Christopher Tawiah said, describing a scene where police and firemen were forced to saw the wreckage to pull out survivors.

“We had to use chainsaws to cut through parts of the mangled bus to get bodies and survivors out.

“The rest are still receiving treatment.”

The cause of the accident is unknown, but police say both vehicles are suspected of speeding.

Ghana has a relatively high rate of road deaths due in part to narrow and poorly constructed roads, failure by drivers to respect speed limits, and inadequate vehicle maintenance.

John Mahama, Ghana’s president, said the accident was “very sad news” and sent “condolences to those who’ve lost loved ones” in a series of remarks posted on Twitter.