As a biomedical engineering graduate student at Cornell University, Daniel Dotse had a vision — he wanted to build an African pharmaceutical company run by African scientists that could rival giant multinationals like Johnson & Johnson and Pfizer.

But the young Ghanaian soon realized there was one big obstacle in the way of achieving his goal: The quality of education in Africa wasn’t high enough to adequately prepare the staff he envisioned.

So Dotse made a plan. After starting his career working at a pharmaceutical company in New York, he quit his job and moved home to Ghana with the aim of improving his country’s education system. Today, the 29-year-old is poised to bring the model of one of America’s largest — and most controversial — teacher training and education programs to his home country.

Teach For Ghana — part of the Teach For All global network, which includes the multimillion dollar organization Teach For America — officially launched last month in Accra. It is the first Teach For All partner organization on the African continent. As CEO and co-founder, Dotse is working to place the program’s first cohort of teachers in rural communities across Ghana’s Volta Region in September.

Teach For All partner organizations, such as Teach For America, Teach For India and now Teach For Ghana, are bound together by the philosophy that recruiting top talent from diverse backgrounds into the teaching profession for at least two years fosters high quality leadership in education and contributes to ending educational inequity. Proponents of the model stress that it provides an avenue for motivated and high potential candidates to start careers in teaching.

In Ghana, as in many developing countries, education champions like Dotse are particularly worried about quality of teaching. Ghana ranked lowest in student performance on math and science out of 76 countries according to a 2015 ranking from the Organization for Economic Cooperation and Development. Teach for Ghana, Dotse hopes, can help bring about systemic change.

As a child growing up in northern Ghana, Dotse was immersed in his country’s underperforming public school system. In elementary school he crammed into a classroom with about 80 other students. They sat together on the floor without any chairs. Dotse remembers his teacher drawing a line of chalk down the middle of a room to separate the first graders from the second graders. The same teacher taught both grades, alternating between sides of the room.

“That’s what I knew education to be,” Dotse told Devex.

It also wasn’t uncommon for Dotse’s teachers not to show up for school. In fact, for 41 deprived districts in Ghana, overall teacher attendance is about 79 percent, according to a 2013 performance report from the Ministry of Education. Long commutes, traffic and “poor commitment and dedication to work” were among the reasons cited for teacher absences.

After his family moved south, Dotse’s parents placed him and his older brother in another public school that struggled to prepare students for success. His older brother, whom Dotse called “one of the smartest individuals that I ever met in my life,” took an entrance exam for a prestigious high school in Accra, and failed it.

That’s when Dotse realized his country’s public school system wasn’t going to help him get very far. He was about 12 years old at the time.

“I literally forced my parents and told my mom, ‘you have to take me out of here’ … and that led me to the private school system,” he explained.

Dotse struggled to catch up to his peers in private school, but “that was the beginning of my educational trajectory,” he said.

From there, Dotse was accepted into the very high school from which his older brother had been rejected, and eventually he went on to earn a scholarship to study in the United States. He studied as an undergraduate at Arcadia University in Pennsylvania, then went on to Cornell, where he began dreaming about pharmaceutical entrepreneurship.

In 2012, when Dotse decided to dedicate himself to educational improvement in Ghana, he and two friends — one a Teach For America alumnus — contacted Teach For All about bringing their model to the West African country.

In January 2014, Dotse quit his job and moved back home to build his organization. But building a nongovernmental organization from scratch and introducing a new model of recruiting and hiring teachers doesn’t come without its challenges.

“Whenever you bring an idea which is quite disruptive, you always get backlash,” Dotse said.

Critics of the Teach For All model suggest teachers recruited into these programs don’t get sufficient training before entering the classroom and since they can be cheaper to hire, take the jobs of potentially more qualified teachers who come from traditional education backgrounds. And beyond fresh faces from nontraditional backgrounds entering the job market, there can be animosity within schools between existing teachers and new recruits, who often require the support of teaching veterans in the classroom.

In Ghana specifically, there is a range of new teacher training programs aimed to bolster the skill sets of existing teachers, which raises the question: Is the solution to hire new teachers or better train existing ones?

For instance, in January, the Varkey Foundation launched a new distance learning teacher training program called Train for Tomorrow, which uses satellite-equipped schools and solar powered computer technology to train teachers across Ghana from a TV studio in Accra. Through the program, the Varkey Foundation aims to train 5,000 teachers over the course of two years.

And the Global Partnership for Education is supporting an Untrained Teachers’ Diploma in Basic Education, which trains underqualified teachers who are already teaching in classrooms in deprived districts of the country.

But by introducing a competitive program that brings top talent from a variety of sectors into the teaching profession, Dotse hopes to add to the quality of teaching in his country, rather than simply allow the government to recruit the mass numbers of teachers needed to fill schools and lower unemployment.

Beyond facing critics of the model, fundraising has been a major hurdle. Dotse said philanthropy is not part of the culture in Ghana and there is a lot of skepticism of NGOs, making it particularly difficult to raise money. His team has yet to raise its budget for 2016.

Despite these challenges, Dotse hopes Teach For Ghana will operate in every region in Ghana by 2020, with about 500 teaching fellows. The team is targeting around 30 fellows for September 2016 in Ghana’s Volta region and hopes to grow at a rate of 60 percent, bringing on 45 more fellows next year and adding two regions year by year.

“If Teach For Ghana is very successful … we would generate different calibers of individuals who will go out there and build the next Pfizers and the Johnson & Johnsons and the Apples right in Africa,” Dotse said. “I strongly have that hope. But for us to achieve that we need to change our educational system.”

And beyond Ghana — across the African continent — Dotse hopes other Teach for All partner organizations will emerge. He hinted that we may soon see a Teach For Nigeria, a Teach For Kenya or a Teach For Uganda, and that there are already entrepreneurs in those countries working to develop those programs.

Niger's president: Foreign intervention in Libya a must 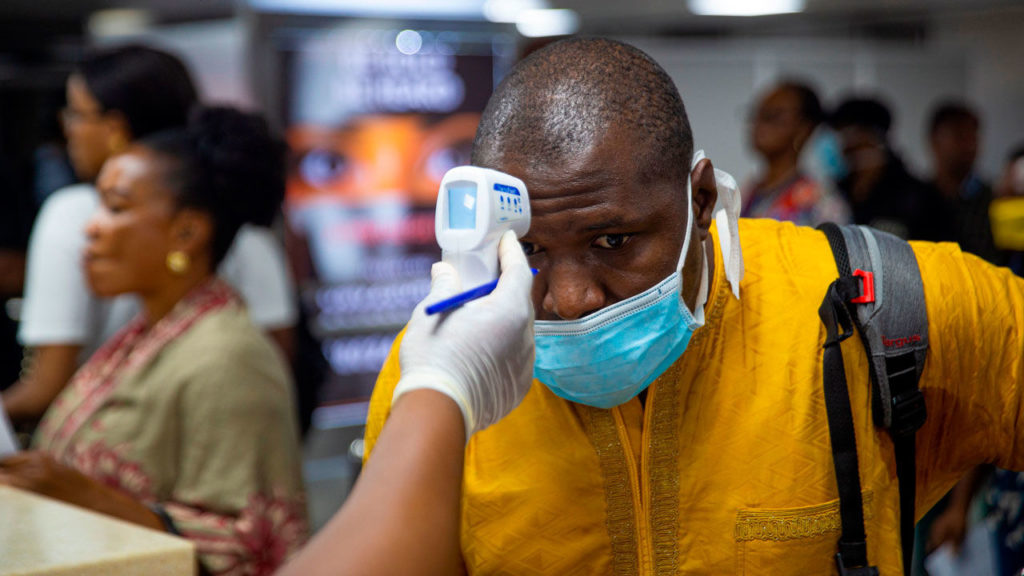