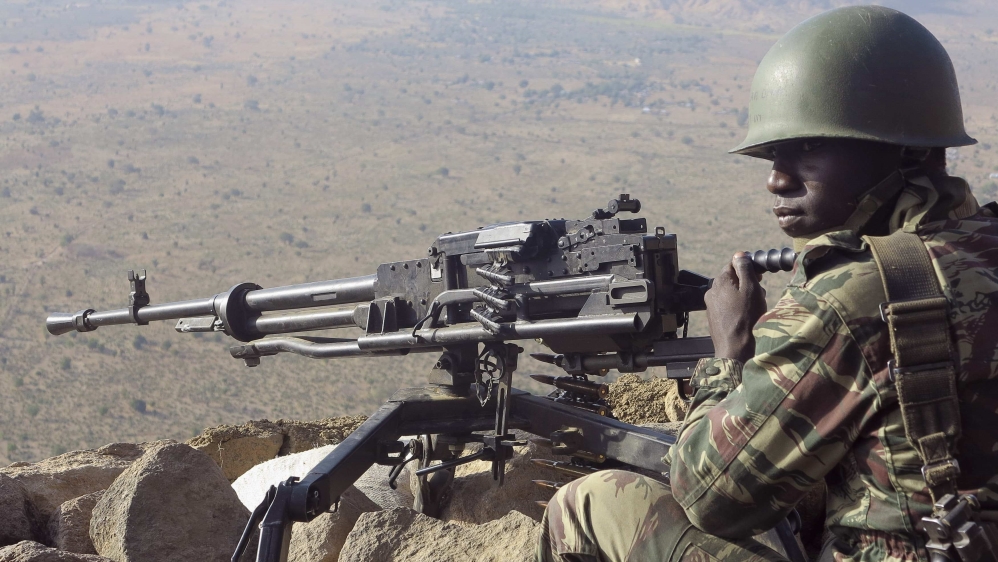 Cameroon’s army has killed at least 92 members of the Boko Haram armed group and freed 850 villagers in a joint operation with Nigerian forces, Cameroon’s government said.

The operation in the northeastern Nigerian village of Kumshe, close to the border with Cameroon, was conducted under the auspices of a multinational force fighting Boko Haram, a statement from Communications Minister Issa Tchiroma Bakary said on Friday.

“Two Cameroonian soldiers were killed [during the operation] by an accidental mine explosion. Five other soldiers were wounded,” Bakary said, adding the army captured weapons and ammunition and found a centre for production of homemade mines.

There was no immediate comment from Nigeria, or independent confirmation of the operation or casualty toll.

Boko Haram seeks to implement Islamic law in northeastern Nigeria and has staged a campaign of suicide and other attacks in Cameroon, Chad and Niger over the past year, including killing as many as 1,000 in Cameroon.

In January, at least 86 people were killed in a series of attacks on a village in northeastern Nigeria by suspected Boko Haram fighters. According to witnesses, the armed fighters firebombed huts and opened fire on civilians in the village of Dalori.

Earlier this month, two suicide bombers killed at least 12 and wounded 50 others in a suspected Boko Haram market attack in northern Cameroon.

Some 20,000 people have been killed and about 2.3 million displaced since Boko Haram started its violent campaign in 2009.

Children have been particularly targeted by Boko Haram and have often been the victims of sexual abuse, forced marriage, abductions and brutal killings. Terrified and traumatised, many families are keeping their children away from school classes.

“A lot of parents in the northeast would not send their children to school because they’d be afraid of what would happen,” Hafsat Maina Muhammed, executive director of the Choice for Peace Gender and Development NGO in Damaturu, recently told Al Jazeera.