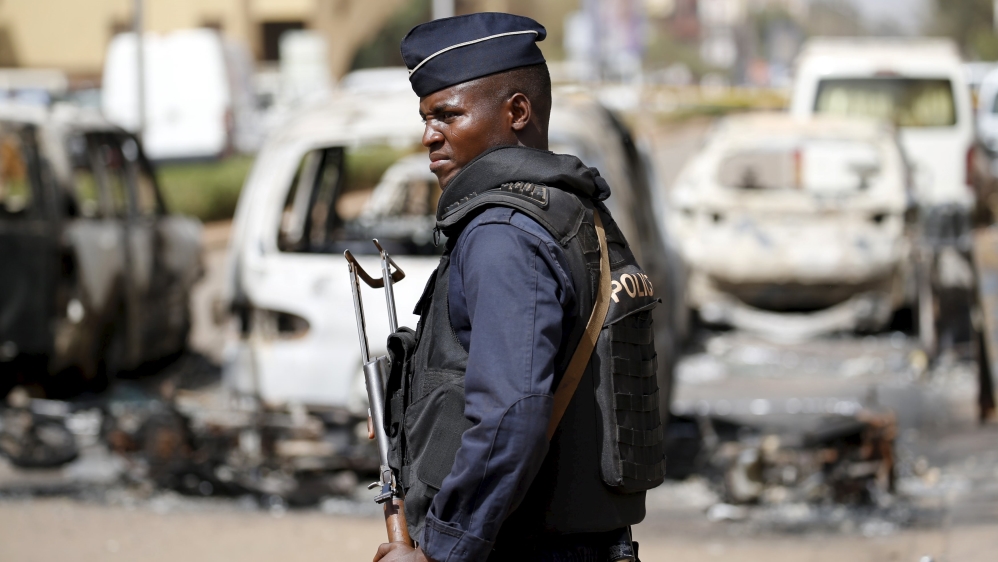 An elderly Australian woman kidnapped last month along with her husband in northern Burkina Faso by a group affiliated to al-Qaeda has been freed, a spokesman for the president of neighbouring Niger has said.

Jocelyn Elliott “was freed following mediation led by the president of Niger, Mahamadou Issoufou, and presented to the press this afternoon in Dosso,” presidential spokesman Abdourahmane Alilou said on Saturday.

He added Burkina Faso’s intelligence services had also been involved in securing her release and that efforts were ongoing to free her husband, Ken Elliott.

The two Australians, both in their 80s, were kidnapped on January 15 near the Burkina Faso town of Djibo, where they have run a medical clinic for four decades.

Mali attack explainer: Who, why and what’s next?

Al-Qaeda in the Islamic Maghreb (AQIM) claimed responsibility for the kidnapping on Friday, saying the operation was part of a bid to secure the release of its imprisoned fighters, according to an audio recording translated by the SITE Intelligence Group.

In a purported audio message released on Friday, AQIM’s al-Mourabitoun group said it had decided to release the wife unconditionally.

“It is our religious duty to respect the civilians, based on the Prophet’s Hadith on not harming women, the elderly and the children, and based on the guidance by our commanders,” the audio statement released on AQIM’s official Telegram channel said. The groups also said it was willing to exchange the Australian hostage once they secured the release of their own fighters in custody.

The Australian couple have lived in Djibo since 1972, where they operated a 120-bed clinic treating the local population.

They were abducted as AQIM fighters raided a hotel and a restaurant in the capital Ouagadougou in an attack that killed at least 27 people.

On November 23, al-Mourabitoun claimed responsibility for a nine-hour hostage-taking siege at a five-star hotel in the Malian capital of Bamako.

The group said it had carried out the attack, during which 21 people were killed, “in coordination with Imarat al-Sahra group and al-Qaeda in the Islamic Maghreb”.