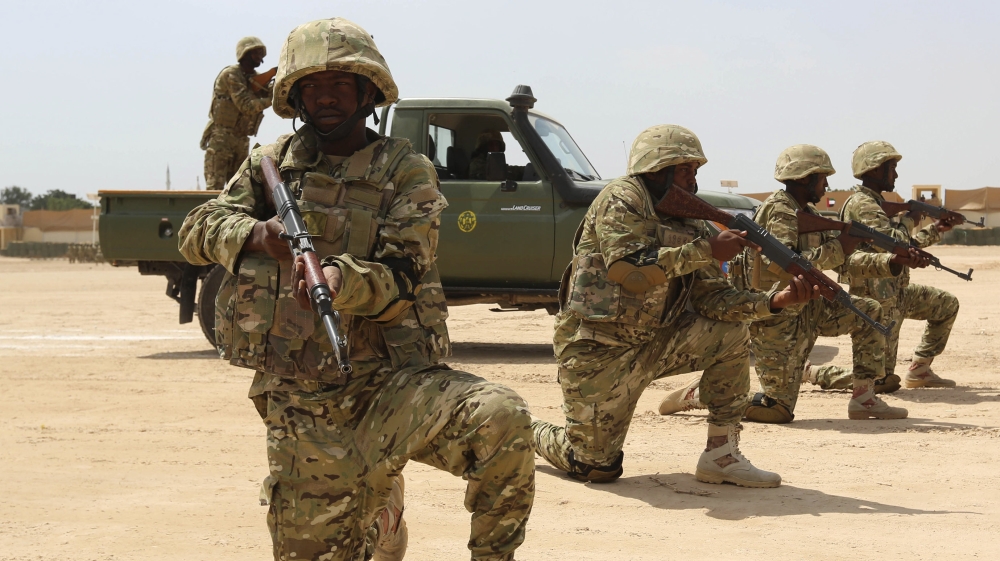 Somalia’s al-Shabab says it has bombed a busy traffic junction and a nearby restaurant in the city of Baidoa, killing at least 17 people.

The attacks on Sunday were part of the armed group’s campaign of violence in its bid to topple Somalia’s UN-backed government.

“The restaurant and the junction were very busy and the death toll may rise,” Police Major Bilow Nurr told the Reuters news agency.

Baidoa lies about 245km northwest of the capital Mogadishu.

The attack follows a car bomb attack in Mogadishu near a park and hotel on Friday that killed 14 people, police said.

A police officer said a suicide car bomb blew up at the junction while a second blast – possibly a bomb that had been planted or a suicide bomber – struck the restaurant.

He said there was a police station nearby.

Abdirahman Ahmed, a witness who was inside the hotel at the time, said several people were slightly wounded, including three security guards.

“But the gunmen who tried to storm the hotel were killed outside, they could not manage to enter,” he said.

“The blast was so huge and windows broken everywhere but the gunfire was outside. Everyone was safe inside, but terrified.”

TANZANIA GETS $1 BILLION LOAN TO CURB CORRUPTION AND IMPROVE TRANSPORT

S Sudan community appeals to UN: ‘We need this help’