The world has now gone over 40 consecutive days without a single reported Ebola case. Here’s how we helped make that possible

For the first time since this outbreak was detected in West Africa in early 2014, the world has now gone over 40 consecutive days without a single reported Ebola case.

The World Health Organization (WHO) announced that Guinea has successfully halted Ebola transmission and now joins Sierra Leone and Liberia in recovering from this devastating disease. This represents a significant milestone for Guinea, West Africa, and the international community.

While we can take pride in what has been accomplished, our work is far from finished. West Africa is still at risk of a re-emergence of Ebola and other infectious disease threats. In addition, the people of Liberia, Sierra Leone, and Guinea have disproportionately suffered from secondary economic and health effects. Rates of malaria, vaccine preventable illnesses, and unsafe child births are worse. And thousands of orphans and Ebola survivors are working to rebuild their lives in the wake of the Ebola crisis.

The United States and our partners will continue to support the Ebola affected countries in several ways:

As we celebrate the occasion of no new Ebola cases in West Africa, the United States is committed to standing with Guinea, Liberia, and Sierra Leone now, and into the future.

*Source White House.‎Amy Pope is Deputy Assistant to the President for Homeland Security 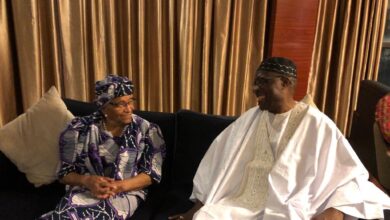