AS it was expected, the six-year-old Boko Haram insurgence was a big campaign issue for politicians in the year’s general elections. The general election was postponed to enable to military to wage a decisive battle against the insurgents with the new ammunition the former President Goodluck Jonathan acquired. The terrorists were effectively pushed back for elections to hold in the North East.

Following his election and inauguration on May 29, President Muhammadu Buhari has put the matter on the front burner of his government. In the first few days, the president rallied for the support of neighbouring countries such as Niger, Chad, Cameroun and Republic of Benin as well as those of regional powers in the sub-regions for support against the fundamentalists.

Buhari used his travels to get the support of the United States and European powers to contribute in terms of funds and equipment towards fighting the menace.

To prosecute his war against Boko Haram insurgence, President Buhari on Monday, July 13, fired the military chiefs his government inherited from the past administration of former President Goodluck Jonathan and appointed a new set of officers.

In his speech to the new military chiefs, Buhari asked them to wipe out the Boko Haram insurgency in three months and also charged them to ensure that armed banditry, kidnapping, and other forms of criminality were phased out within the same period.

The president asked the service chiefs to re-professionalise the military and ensure troops were well trained and equipped before going to battle. “You should also ensure that they abide with the newly enforced rules and relations of international standards while carrying out their assigned tasks,” he said. “In particular you must protect innocent civilians and respect the rights of combatant. This no doubt will earn the support of local communities and the respect of our allies and support of international community,” Buhari told the new service chiefs.

Since the military’s renewed vigour against the insurgence, no fewer than 500 former members of the Boko Haram sect have surrendered. The military have also rescued thousands of innocent Nigerians from the captivity of the sect.

That notwithstanding, the level of criminality did not appear to abate. In fact, while the war against the Boko Haram appeared to be succeeding with recapture of several villages under Boko Haram insurgents, suicide bombings were on the increase. It was estimated that more than 500 lives were terminated through suicide bombings across North-Eastern part of the country.

Despite the situation, the military brass have consistently assured the nation that the already decimated Boko Haram insurgents would be eliminated from the country by the end of December 2015 as directed by President Buhari. But this may be a tall order with December fast speeding to an end.

Another worrisome development was the increase in the spate of kidnapping across the country. Between July and September, the situation got to new level with kidnapping of some prominent personalities who were made to pay ransom before gaining their freedom.

Prominent among those who went through the ordeal are Toyin Nwosu, wife of Steve Nwosu, deputy managing director of Sun Newspaper; Donu Kogbara, a columnist on Vanguard newspaper; Martha Binabo, wife of Nestor Binabo, a former acting governor of the state, and Kehinde Baruwa, Afikpo zonal manager of Nigerian Breweries Limited, among others.

It was, however, the adoption of Olu Falae, former secretary to the federal government and a former presidential, from his farm on Monday, September 21, the day he turned 77, by the Fulani herdsmen that caused political tension and anxiety across the country. Eventually, Falae regained his freedom on Thursday, September 24, following the intervention of President Muhammadu Buhari who gave Solomon Arase, inspector-general of Police and leaders other security agencies as marching order to ensure safe and speedy rescue of the former minister of Finance. Arase said no ransom was paid to the kidnappers but it later came to light that the family paid as much as N5 million to secure his release. Five suspects have been charged to court on the matter. 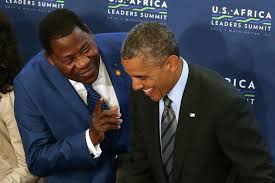 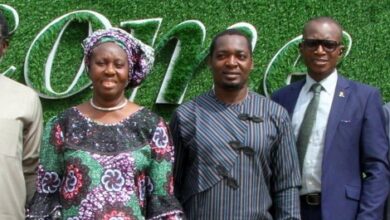