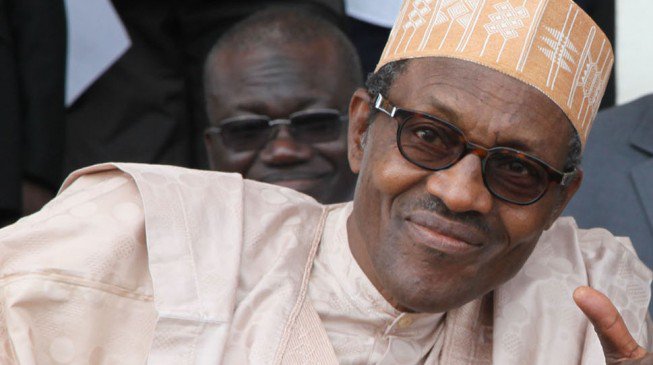 The recent violent confrontation between soldiers and members of the Islamic Movement of Nigeria (IMN) should not come as a surprise to anyone who understands the Nigerian state. It was bound to happen.

In a country where truth is a scarce commodity and where impunity (whether by state or non-state actors) is the norm, it will be difficult to know exactly what happened in Zaria on December 12, 2015. Since nobody takes responsibility for anything in Nigeria, that egregious crime – committed by both parties – will go unpunished. Of course, there will be an enquiry, perhaps a white paper, and that will be the end of the story; well, until the next crisis.

It is not for nothing that events like the “Zaria Massacre” have become a dominant feature of our socio-political life. To understand that event, we must understand the psychology of the Nigerian military which explains its actions since 1999 – whether in Odi, Zaki Biam, Gbaramatu or other internal theatres of war it has been pre-occupied with in the last 16 years.

So, how did we get here? The Nigerian state has been essentially a military state since 1966. Nothing has changed; never mind the fact that the country returned to civilian rule in 1999. The 1999 constitution that passes for the supreme law of the federal republic – just like that of 1989 and 1979 before it – is a military decree writ large! The inheritors of the military-induced transition of 1999 didn’t see – neither were they interested in seeing – the constitution they were inheriting. They were too eager to move the country forward, to borrow their clichéd expression, to see that the road to their inheritance was laden with booby-traps. Even when it was clear, the desire not to be left out of the gravy train of national despoliation was too much of a temptation to resist.

Even though the president is commander-in-chief of the armed forces of the federal republic, there is no effective civilian control over the military enshrined in the constitution or any other law of the country. For almost five decades since it first emerged on the national scene, the military with the support of its civilian collaborators has managed to contrive a nation in its own image and it doesn’t want to let go. One glaring example of this is the continuous ugly spectacle of military officers still featuring as ADCs, standing like zombies behind our elected presidents at every public function. This can only happen in the kind sham democracy that Nigeria and some other African countries practice.

Unfortunately, ours is not a political but a deeply politicized military, often reserving loyalty not to the Nigerian state but to the ruling party. It was the late military leader of Burkina Faso, Thomas Sankara, who once remarked that, “A soldier without any political or ideological training is a potential criminal.” If Nigeria had a political or ideological military, the country would not be in the sorry state it is today. With all due respect to our gallant men and women of the armed forces, the Nigerian military, as an institution, has done more than any other group to destroy the social fabric of this country. Whether we are talking about the desecration of our democracy, undermining the rule of law, making corruption the national ethos or creating structures that weaken the principle of federalism on which this country was founded, our military is complicit in what Nigeria, a country full of potential, has become.

Yet, it is ironic that the military has put itself in a position that it has become the bastion of our unity, the perfector of our national dreams and aspirations.  We may not like it, but that is the reality. Clearly, that is why the military gets away with murder every time it assaults our national psyche by its overbearing presence. Evidently, the only way the military can sustain the defective structural template it has created which is set to consume all of us is through force.

The action of the IMN and the attendant “massacre” is, therefore, understandable if not excusable. The IMN has been described as an “armed” group that sees itself as being above the laws of the land; the military says the attack on the group was carried out according to “rules of engagement” (rules of engagement in a war or civil disturbance?) and the president described the tragedy as a “military affair”. He is right. It is in the character of the Nigerian state, a state that has lost the capacity to self-correct.

But it didn’t start today. This phenomenon is rooted in corruption which has weakened the social fabric of the country; but more important, it is the fallout of the structural dysfunction engineered and sustained by the military. For Nigeria, the chickens have come home to roost. After five decades of military-inspired malfeasance, including the orchestrated destruction of the principles of federalism, it is clear that we need to go back to the drawing board.

The impunity that is on display in Nigeria today, whether by the IMN and similar organisations or the military, can’t simply be wished away. The Nigerian state has long abdicated its responsibilities to citizens. Of course, with that abdication comes utter contempt for everything the state stands for. Quality public education, health, basic infrastructure and security of life have all disappeared. It is only natural, therefore, that Nigerians have shifted their allegiance from the state to religious groups and all manner of contrivances that have provided them succor.

The Nigerian state has all but collapsed, often inducing violent self-help and pockets of states within the state. Much of this is attributable to corruption, the erosion of the productive relationship between the central government and the federating units in a federation and of course the unholy alliance between the state and religion manifested, for example, in the state’s support for pilgrims, building of religious institutions, patronizing so-called imams and pastors for special  prayers  and affiliation to religious groupings, undermining the secularity of the Nigerian state.

Expectedly, this alliance finds expression in politics since whoever controls power, particularly at the centre, also controls how the asymmetric relationship between various religious groups in the country is defined. Prayers have become central to state functions in Nigeria. Public offices have become extensions of worship centres. If the president/governor is a Muslim, the vice president/deputy governor necessarily has to be a Christian and vice versa.

In May 2013, Premium Times reported that Niger State “subsidized” pilgrims to Mecca and Jerusalem in six years to the tune of N5.1 billion. Add another billion to cover the fraud that will trail the process, that would amount to an average of N1 billion a year. In defence of that mindless waste of public fund, the then governor, the chief servant, Babangida Aliyu, noted that, “it was the only benefit residents were getting from government.” According to figures by the National Bureau of Statistics (NBS), the internally generated revenue (IGR) for Niger State in 2014 was N5.7 billion. Imagine that Niger State has to depend on its IGR to sustain the state, chances are that it wouldn’t spend N1 billion a year to “subsidize” pilgrims. It would be interesting to know how much the state spends a year on primary education and primary healthcare.

Today, religious institutions and groups of every hue hold us hostage and there is no recourse. I agree with the notion that violent religious extremism of any kind is the greatest existential threat not just to Nigeria but to the rest of the world. While it is true, in some cases, that the internal schism within religious groups can lead to violence that threatens us all, the lethal cocktail of state and religion in Nigeria has ensured that this schism plays out in the political arena.

For me, the carnage notwithstanding, the most troubling aspect of the “Zaria Massacre” was listening to our military high command pontificate about its commitment to keep Nigeria united; “one Nigeria; one destiny,” as they described it. By its admission, the military is saying Nigeria is a country at war with itself if every civil disturbance must warrant military intervention. But let us not forget for once that the military brought us to this sad end.

So, how do we build a nation not held together by military force? Nigeria is sleepwalking to disaster. Now is the time to reclaim the country and the starting point would be to put in place a people’s constitution that not only serves the interest of the mass of our people but advances the principles of federalism.

That is the only way to save Nigeria and put an end to the messiah complex of the Nigerian military.

This piece is excerpted from a forthcoming book: We are all Biafrans: A participant-observers interventions in a country sleep-walking to disaster.

Tanzania is the home of Tanzanite- President Samia