Kenyan President Uhuru Kenyatta that “regrettably some of our patriots in uniform paid the ultimate price” as he offered condolences to the families of those killed, without giving details of how many died.

Somali army colonel Idris Ahmed said a Shebab suicide commando blasted into the El-Adde base in the Gedo region, which borders Kenya and Ethiopia, in a pre-dawn attack.

“There was suicide attack followed by the fighting and it seems that the base was stormed,” Ahmed said.

Both Somali troops and Kenyan soldiers with the AU force, AMISOM, are deployed at the isolated base.

Shebab spokesman Abdiaziz Abu Musab claimed 63 Kenyan troops were killed, but this could not be immediately verified.

“The mujahedeen fighters carried out a successful operation this morning on a military base at El-Adde, and they have killed many of the Christian soldiers from Kenya,” Musab said. “We have counted 63 dead bodies inside the base.”

The Shebab frequently exaggerates the number of troops they kill, while AMISOM rarely gives exact tolls.

The attack came as politicians met in the southern port of Kismayo, with President Hassan Sheikh Mohamud leading a “National Consultative Forum” to debate planned elections due later this year.

“Somalia is no longer a failed state,” Mohamud said in a statement, which made no reference to the attack.

“Somalia is building a strong foundation to support a better future.”

“We don’t know about the casualties, but people who went there saw many dead bodies strewn around,” he said, having spoken to those who went to the base.

The Shebab, fighting to overthrow Somalia’s internationally-backed and AU-protected government, has launched a string of similar attacks.

In September 2015, Shebab fighters stormed a Ugandan AMISOM base in Janale district, 80 kilometres (50 miles) southwest of Mogadishu in the Lower Shabelle region.

And in June, Shebab killed dozens of Burundian soldiers when they overran an AMISOM outpost northwest of Mogadishu.

The militants also stage frequent suicide attacks in the capital.

But the 22,000-strong AMISOM force has also made significant gains against the Shebab, pushing them out of several strongholds in the southwest.

The Shebab have also staged attacks in Kenya, killing at least 67 people at Nairobi’s Westgate Mall in 2013 and massacring 148 people at a university in Garissa in April 2015.

The militants say the attacks are retaliation for the Kenyan military presence in Somalia and “war crimes” committed by Kenyan troops.

But Kenyatta said the troops would continue in their mission.

“We will hunt down the criminals involved… our soldiers’ blood will not be shed in vain,” he said.

Burkina Faso hotel siege: 'Like a scene out of a movie' 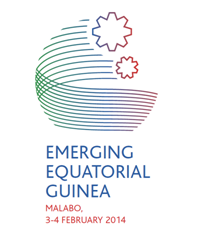 Equatorial Guinea commits to a co-investment fund of 500 billion FR CFA (eq. US $1 billion) to fuel the country’s economic diversification