London (AFP) – The toxic legacy of colonialism in Africa has stirred up a heated debate in Britain involving a prestigious Oxford University college, some high-powered alumni and a student campaign boosted by social media.

The focus of the debate is an unremarkable limestone statue looking down on Oxford’s High Street of Cecil Rhodes, the Victorian-era tycoon who founded the De Beers diamond company and what is now Zimbabwe.

“To put someone so literally on a pedestal is to tacitly condone their legacy,” said Daisy Chandley, a student and organising member of the Rhodes Must Fall in Oxford campaign.

Smudged by passing traffic on a busy thoroughfare and soiled by pigeons, the Rhodes statue is still in a stunning location surrounded by Oxford’s dreaming spires in the heart of the university’s college community.

An inscription underneath pays homage to Rhodes — a white supremacist like many builders of the British empire — for his donation to Oriel College.

Inspired by the popular movement that forced the removal of a statue of the famous colonialist at the University of Cape Town in South Africa, campaigners have been asking the British college to do the same.

The campaigns are distinct but supporters in Oxford use the same hashtag #RhodesMustFall as the Cape Town campaign and their actions have fuelled a political debate in South Africa as well as soul-searching in Britain ranging well beyond the statue itself.

“There have always been those who have questioned the statue as well as the wider racism within the university but the movement in South Africa brought debate over similar problems in Oxford to the forefront and triggered collective action,” Chandley told AFP.

The university rejects accusations of racism but Oriel College promised to be “more diverse and inclusive of people from all backgrounds” in a response to the campaign earlier this month.

It said it would take down a Rhodes plaque on the wall of another college building and agreed to a six-month “listening exercise” on whether to remove the statue.

The college said Rhodes’s values “stand in absolute contrast to the ethos of the scholarship programme today and to the values of a modern University”.

It said it would put up a sign in an antique window below the statue saying that “the College does not in any way condone or glorify his views or actions”.

But it also talked up the positive contribution of the Rhodes Scholarships, which have allowed 8,000 students from around the world to study at Oxford, including former US president Bill Clinton and former Australian prime minister Tony Abbott.

One of the organisers of the campaign, South African Ntokozo Qwabe, was himself named a Rhodes Scholar last year and has defended himself against charges of hypocrisy by saying that he is taking back some of the money that Rhodes took from Africa.

Academics, politicians and famous Oxford alumni have waded into the row, heatedly debating the rights and wrongs of honouring a man who was a major driver of British territorial expansion in southern Africa and a key player in the Boer Wars that left thousands dead.

One opponent of the campaign even compared it to the monument-destroying Islamic State group.

“If the political correctness of today were applied consistently, very few of Oxford’s great figures would pass scrutiny,” wrote de Klerk, who was key in ending racial segregation in South Africa.

The Economic Freedom Fighters, a radical left-wing party in South Africa, expressed “disgust” at de Klerk’s comments and called for his Nobel to be revoked.

“All apartheid and colonial statues and symbols must fall, not just here in South Africa, but the world over,” it said in a statement.

But in an open letter to Britain’s Independent daily, Abbott said Rhodes was “a man of his times”.

“The university should remember that its mission is not to reflect fashion but to seek truth and that means striving to understand before rushing to judge.”

Uber and Lyft avoid going dark in California, but their fight is far from over: CNBC After Hours 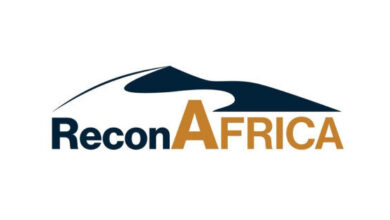 The New Age of African Exploration

Youth Innovation Challenge on Democracy and Governance in Africa kicks off