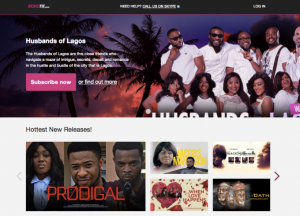 That amount is divided into $12 million of capital funding, which will be used to develop iROKO’s business and technology; and $7 million that is not from equity or debt financing and earmarked solely for several years of content development deals with studios. iROKO has now raised $34 million since it launched in September 2011.

Founder Jason Njoku tells TechCrunch that this is likely iROKO’s final fundraise. The company doesn’t make its subscriber numbers public, but it expects to generate positive cash flow by the end of this year.

“We want to stay disciplined in this current funding environment to achieve that, but at the same time not limit how we grow our product engineering teams in New York and Lagos,” says Njoku. The platform, which is accessible through a website or Android app, currently has about 2,500 to 3,000 titles and plans to increase its catalog rapidly over the next month.

Njoku was inspired to create the platform after he moved into his mother’s London home and saw that she had switched from watching British soap operas to Nollywood movies. Nollywood is a nickname for the hundreds of small studios in Nigeria that create thousands of movies a year. According to Fortune, Nollywood was a $3 billion industry in 2014, putting it ahead of Hollywood in terms of volume, and just behind India’s Bollywood.

Despite its massive output and popularity, Nollywood movies and shows were hard to find—in London, Njoku had to hunt down VCDs for his mother in small stores.

“I went to Lagos and realized that this was a cottage industry and saw a big opportunity,” he says. “Our first distribution platform was YouTube and once we were funded it made sense for us to build our own platform.”

Netflix recently launched in South Africa, so the obvious question is how iROKO will compete against the streaming giant if it continues expanding throughout the continent. Its key difference is focusing on Nollywood movies, but iROKO is also focusing on tailoring its tech platform for the needs of mobile users in Africa.

While the most popular online entertainment platforms in the U.S. and Europe stream digital content, iROKO offers downloads. In fact, iROKO’s Android app—its primary product—got rid of streaming last year and replaced it with subscriptions that allow users to download unlimited films and keep them for up to a year. The company’s decision was based on how slow and expensive data is in many African countries.

“It didn’t work. It was a massive challenge. We don’t have the same engineering capability as Netflix, but the cost of streaming data was unimaginable to our customers, so we are in the process of re-encoding all our files to be between 50 to 100 megabytes,” says Njoku.

Though most movie downloads now take between two to three minutes, iROKO wants to compress them even further because many Android smartphones sold in Nigeria only have about three to four gigabytes of storage.

Furthermore, Nigeria suffers from an unreliable power grid, with blackouts a part of daily life (Njoku claims he’s never had 24 hours of uninterrupted electricity). This makes smartphone owners careful about their battery usage, another problem for iROKO to tackle.

“We are thinking about how to encode files in a way that reduces the amount of battery power used,” says Njoku. “It’s still very much a work in progress and we’re still figuring out the best approach. Dealing with significant Android fragmentation—there are phones from all sorts of Chinese and Southeast Asian OEMs, as well as a big secondary market and jailbroken phones—creates its own degree of complexity, which we are also trying to solve.”

Just as crucial as iROKO’s technology platform is the quality of entertainment. Last year, the company financed and produced about 100 hours of content with Nollywood studios and with its new funding for content deals, plans to collaborate with up to 20 studios, using data from its platform to decide what types of movies and shows (romantic comedies, high drama, and shows with Christian themes tend to do well) to produce.

Njoku wants to give Nollywood movies an organized channel for financing and distribution, since it’s often difficult for studios to secure loans from banks and government initiatives to support the industry haven’t taken off yet.

“Nollywood is incredibly fragmented, with hundreds of mini-studios, some of which have just two to three men working for them,” says Njoku. “We have dealt with a huge array of them over the past few years and our view is to bring some sort of structure to that fragmentation.”

Another of iROKO’s goals is to make Nollywood content accessible to viewers throughout Africa, even if they don’t speak English (the official language of Nigeria is used in most Nollywood films). iROKO was named after a type of tree with many branches that grew next to Njoku’s grandparents’ house in Nigeria.

As it turns out, the tree wasn’t actually an iroko, but it’s called by the same word in many Nigerian languages and symbolic of iROKO’s goal to grow throughout Africa by offering the same content in multiple languages. Njoku notes that dubbing helped Nollywood gain an audience in French-speaking African countries, so iROKO will use voiceovers in addition to subtitles to expand in West Africa. It will take the same approach for Swahili and Zulu.

“Language is the largest barrier to bringing content to people, so we are doing everything we can to localize,” says Njoku.

China, America, and a New Cold War in Africa?

Joint Communique by the AUC, OSAA, ECA, and UNIDO-Africa Must Industrialize 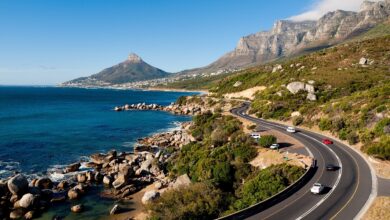