Niamey (AFP) – The Niger government and UN staff have moved 99 schools to “safer zones” out of harm’s way from Boko Haram jihadists who attack from neighbouring Nigeria, the United Nations said Monday.

The programme was launched in November and has enabled nearly 6,000 pupils — a total of 2,784 boys and 3,129 girls — to resume their lessons, according to the monthly bulletin of the UN Office for the Coordination of Humanitarian Affairs (OCHA) in Niamey.

A dozen classrooms have also been built in camps for people displaced because of the threat from the Boko Haram group, which has killed at least 17,000 people since 2009, mainly in Nigeria, and makes frequent cross-border attacks.

The plan to get more children back in school continues to be hampered however by persistent insecurity and the ongoing displacement of residents, OCHA said.

Early in November, Niger officials and the UN Children’s Fund (UNICEF) announced that 166 schools for more than 12,600 pupils had been closed because of deadly Boko Haram raids in the southeastern Diffa region, near the border with Nigeria.

The aim was to “take charge of these pupils” in the most exposed areas and “shelter them from Boko Haram aggression”, Prime Minister Brigi Rafini said at the time.

Most schools that have closed and been deserted by teachers are close to Lake Chad and the Komadougou Yobe river that form the border between Niger and Nigeria, in territory that is hard to control.

Some schools closed after the very first attacks on Niger soil by the Islamist movement in February 2015. Other schools followed suit after subsequent cross-border raids, a local municipal official told AFP.

Boko Haram has in the past year stepped up attacks in Niger, Cameroon and Chad as the countries’ armies joined Nigeria in the fight against the extremist group, which seeks to establish an Islamic caliphate.

Overall, more than 2,000 schools have been closed across Nigeria, Cameroon and Niger because of the threat from the jihadists, according to UNICEF. 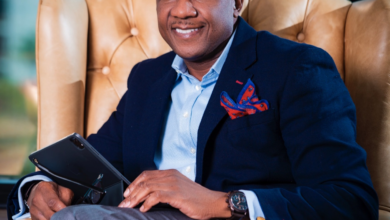 Include Indigenous People in COVID-19 Response