Why did sub-Saharan Africa experience such a prolonged economic downturn starting in the mid-1970s? And why has it experienced such a sustained economic upturn since the mid-1990s?

A consensus did emerge that the former trend was caused by bad governance, bad policies, declining investments, and unfavorable terms of trade. But what accounts for the positive growth rates over the past two decades, and why are they seen under such a diverse array of political systems? Finally, will African countries grow out of mass poverty, or will we see a new equilibrium of economic expansion without structural transformation – the latter understood as increased productivity, more and better-paid jobs, diversified exports, and vastly improved infrastructures? While we have become more aware of the growth-governance puzzle, resolving it remains elusive.

The disappointing growth performance of sub-Saharan Africa during the first three decades of independence was called a puzzle.[1] In 2016, it is the sustained economic turnaround that remains puzzling. Although surveys of the statistical data often paint a glowing picture, certain questions persist. Since Africa was overly dependent on international aid flows and the export of mineral commodities for decades, why did that scenario begin shifting? Second, since the quality of growth remains deficient–in terms of its inclusiveness and ability to create jobs–are the progress reports misleading?[2]

Steven Radelet is one of the undeterred optimists about economic progress in Africa and other less-developed areas.[3] He continues to stress the critical contribution made by good governance, including democratization, to such progress. Africa today is seen through split screens: one depicts steady progress while another shows communities struggling to meet basic needs and coping with abysmal infrastructure.

The largest countries in the continent–the Democratic Republic of the Congo, Nigeria, and Sudan–remain in a time-warp of highly predatory and dysfunctional governance. Popular disenchantment, even in a country often praised for its democracy such as Ghana, is now aired in international forums.[4] Meanwhile, authoritarian regimes in Ethiopia and Rwanda exceed their democratic counterparts in growth and socio-economic progress.

A revisionist argument, proposing “developmental patrimonialism”, drew attention. Its advocates claimed that liberal democracy and competitive politics were perhaps obstacles to transformative growth in Africa. No sooner did its key contentions come under challenge, however, than it was set aside for “political settlements theory”.[5] There is insufficient space to distill the wheat from the chaff of this formulation.[6] What is evident is that there is no single pathway–especially as regards political regimes–for launching growth and development in contemporary Africa.[7] Going from launch to economic transformation, however, is another story.[8]

The work of Mushtaq Khan is helpful. While rejecting the developmental claims associated with the “good governance agenda”, Khan contends that the transition from a slow-growth equilibrium to sustainable growth requires the emergence of “growth-enhancing governance capacities.”[9] What these are is not clear. Pierre Englebert and Gailyn Portelance take up this question. They found that theories connecting the turnaround to progress in democracy and good governance set too high an institutional threshold. Interestingly, they found, countries identified as “developers” attracted more foreign investment than the “laggards”. What accounts, they ask, for this disparity given that general governing capacities in the former seem so little changed? And why is such investment seen in countries widely dissimilar in their political systems?

Englebert and Portelance suggest that the answer may lie in “signaling” between African regimes and potential investors, altering risk perceptions. Such signaling could take the form of “minimal baby-steps” in bureaucracies and institutions. Several leading Africa scholars responded to their analysis and hypothesis, some with enthusiasm and others cautiously, but none rejected them outright.[10] The protagonists admitted that further research was needed about “marginal changes” in economic governance that did not require political restructuring. Such explorations of the growth-governance puzzle warrant further attention.[11] They should include more consideration of the influence in Africa of the political economy models of Singapore and China.[12]

A provisional synthesis of these analytical strands can be ventured.

Governing regimes seek, above all, perpetuation. To survive, “islands” of bureaucratic efficiency in the security sector could be replicated in the management of economic affairs. Two iconic regimes, led by Jerry Rawlings in Ghana and Yoweri Museveni in Uganda, hewed a path in the late 1980s that has been seen, in varying degrees, in other African countries. Both regimes recognized the pay-off from economic liberalization, especially enhanced aid flows. These were soon bolstered by private capital. In brief, these socialist-leaning regimes signaled that they were “open for business”. Moreover, instead of regarding private investment as threatening to their survival, a different lesson was quickly learned: political and economic liberalization could be managed to grow economies, reward affiliates, and fend off or palliate opposition.[13]

Private sector growth in post-Cold War Africa did require some governance and institutional changes but seldom the creation of fully open political systems. Joseph Stiglitz and his collaborators hypothesize that a facilitative state, able to manage resources above the recycling of prebends is a sine qua non for implementing industrial policies.[14] Such a state would nurture institutions that operate efficiently and predictably and enjoy relative autonomy from “competitive clientelism”.

No reasonably democratic government in Africa, for example Kenya, has seen a rupture from corrupt and clientelistic modes of resource distribution. There are many contenders, however, for such a breakthrough, especially among Nigeria’s thirty-six states. Fostering the creation of facilitative states should be on the agenda of every development agency, domestic and external, in Salutary signaling through strategic institutional reforms can attract nimble investors. However, transformative growth that requires robust capital flows, greatly improved infrastructure, enhanced labor skills, diversified exports, and the revolutionizing of agriculture, is still more a theoretical construct than a lived reality in much of the continent. In 2016, what has been largely a debate in academic circles about the quality of growth must be made accessible to more African citizens through informed public debates.[17

*Allafrica.This essay was first published in Foresight Africa 2016 by the Africa Growth Initiative of The Brookings Institution.

Page contends, along with other economists, that many constraints to industrialization persist in Africa and insufficient well-paying jobs are being generated.

[3] The Great Surge: The Ascent of the Developing World (2015). Radelet resumes the arguments put forward in his Emergent Africa: How 17 Countries Are Leading The Way (2010).

[4] For example, at the Woodrow Wilson Center event, “Are Ghanaians Fed-up with Democracy? Institutional Mistrust and Satisfaction with Democracy,” https://www.wilsoncenter.org/event/are-ghanaians-fed-democracy-instit utional-mistrust-and-satisfaction-democracy.

[5] R. Joseph, “Inclusive Growth and Developmental Governance: The Next African Frontiers,” in Célestin Monga and Justin Yifu Lin, The Oxford Handbook of Africa and Economics (2015). David Booth, “What next for political settlements theory and African Development?” paper presented at the African Studies Association annual meeting, November, 2015.

[6] For a summary of the variety of notions embraced by “political settlement theory”, see http://www.governanceanddevelopment.com/2012/09/what-on-earth-is-poli tical-settlement.html

[8] For some of the many hurdles to be surmounted, see R. Joseph, K.

[9] Khan is a prolific writer. For a summary of, and reflections on, his views, see R. Joseph , “Industrial Policies and Contemporary Africa: The Transition from Prebendal to Developmental Governance,” in J.E. Stiglitz et al., The Industrial Policy Revolution II: Africa in the 21st Century (2013).

[12] The scale of China’s economic engagement with Africa, especially in trade and infrastructure, together with its dismissal of the good governance agenda, should be squarely considered in any explanation of “the great surge”.

[13] In Ghana a further step was made of allowing the opposition to take control of the government without the Rawlings faction losing its capacity to regain power at the polls. Museveni has never taken this risk.

[15] Côte d’Ivoire, which was long a front-runner in developmental governance under semi-authoritarian auspices, has the opportunity to be a breakthrough nation in a pluralist democracy.

[16] On “facilitative state”, see Justin Yifu Lin, The Quest for Prosperity: How Developing Economies Can Take Off (2012).

[17] A surprisingly large audience, for example, attended a discussion of these ideas in Accra, Ghana, in March 2014: https://africaplus.wordpress.com/2014/04/03/africas-third-liberation- transitions-to-inclusive-growth-and-developmental-governance/

AMA.ZING – The Alternative ToTraditional Remittances For The Diaspora To Access Products And Services Back Home 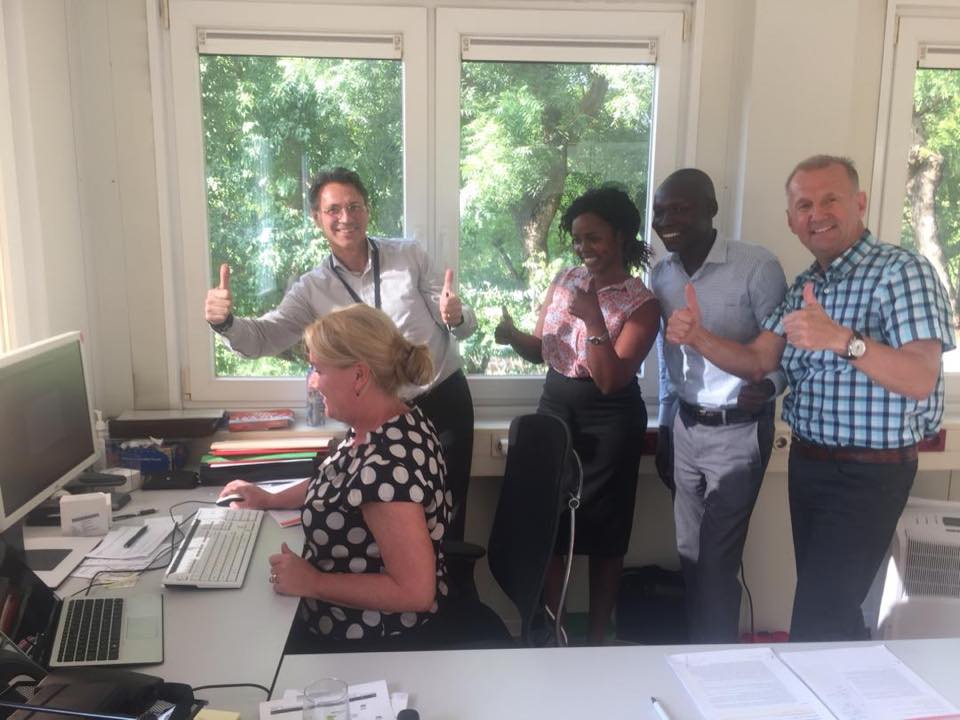