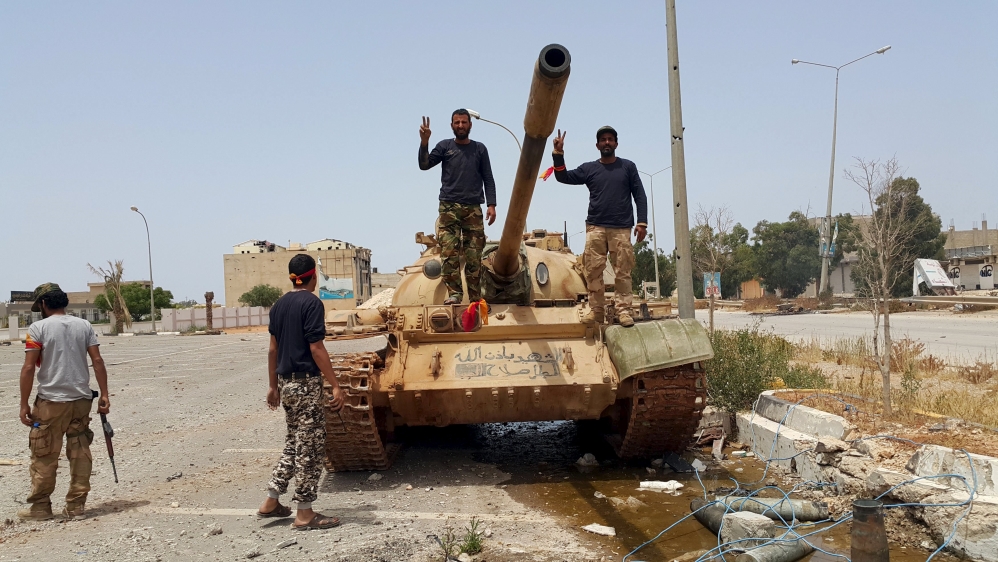 The UN Security Council has given its backing to the new national unity government in Libya, a move it hopes will help stem mass migration to Europe and reverse gains made by the Islamic State of Iraq and the Levant (ISIL) group.

The 15-nation council gave its support on Wednesday to the deal signed last week in the Moroccan town of Skhirat between representatives of Libya’s two competing regimes.

Britain’s ambassador to the United Nations, Matthew Rycroft, presented the motion, which he said represents a “strong collective sign of our commitment to Libya’s sovereignty, territorial integrity and national unity.”

“This is just the start of a process to deliver a prosperous and stable future for all Libyans,” Rycroft said.

“We urge all those who have not yet signed to decide now to support the agreement and to work with the government of national accord.”

The United Nations envoy to Libya, Martin Kobler, is now working on arrangements to allow the unity government to safely set up shop in Tripoli,which is under the control of militia fighters.

“I encourage those who are not yet on board to join – the door is wide open,” said Kobler after the UN vote, adding that a priority of the new unified government will be fighting ISIL, which he said is expanding toward the east, west and south of Libya.

After the annoucement of the UN council’s backing, Samantha Power, Washington’s UN ambassador, tweeted: “We urge all parties to unite behind Libyan political agreement; door is open to those who want to join in work [toward] peace [that] Libyan [people] deserve.”

Libya has been locked in conflict since a NATO-backed revolt that overthrew long-time leader Muammar Gaddafi four years ago.

On December 17, under UN guidance, envoys from both sides and a number of independent political figures signed a deal to unify the government.

Around 80 of 188 lawmakers from Libya’s internationally recognised parliament and 50 of 136 members of the rival Tripoli-based General National Congress signed the deal.

The agreement calls for a 17-member government, headed by businessman Fayez el-Sarraj as premier, based in the Libyan capital.

A presidential council would also serve for a transitional period of two years until legislative elections.

International officials expect the new government, once installed, to have the authority to request international assistance – perhaps even military intervention – to counter the growing threat from ISIL, which has seized a pocket of territory around Gaddafi’s hometown of Sirte.