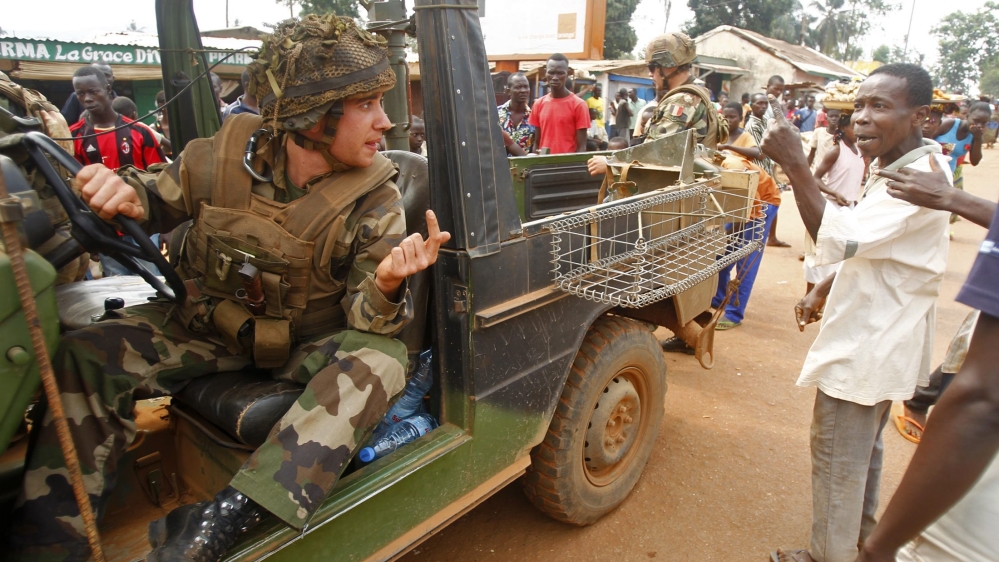 A new report has condemned the UN for failing to respond to allegations of child abuse against peacekeepers in the Central African Republic (CAR).

The independent investigation released on Thursday said the UN handling of the case was “seriously flawed”, accusing it of not taking the required action after the alleged abuse of young boys by French soldiers became known.

“The end result was a gross institutional failure to respond to the allegations in a meaningful way,” the Taking Action on Sexual Exploitation and Abuse by Peacekeepers report said.

Those on the investigative panel, chaired by Marie Deschamps, a former Justice of the Supreme Court of Canada, condemned the organisation for passing responsibility for tackling the abuse from “desk to desk and inbox to inbox”, with no one willing to take responsibility for the allegations.

The allegations of abuse were brought forward by 10 children and allegedly took place in a centre for displaced people near Bangui airport between December 2013 and June 2014.

The children, who were as young as six, reportedly approached French soldiers looking for food and were told by the troops to perform sex acts in exchange.

The French government was made aware of the abuse in July 2014 by the UN’s high commissioner for human rights.

The UN employee who exposed the incidents, Swedish national Anders Kompass, turned his report over to French authorities after his bosses at the UN failed to take action, the Guardian newspaper reported earlier this year.

In a statement released on Thursday, UN Secretary General Ban Ki-moon promised to review the report’s recommendations and act immediately.

“The report depicts a United Nations that failed to respond meaningfully when faced with information about reprehensible crimes against vulnerable children,” Ban said in a statement.

“I express my profound regret that these children were betrayed by the very people sent to protect them.”

“Though the soldiers who committed the abuses were not under United Nations command, the report shows that the United Nations, which uncovered the abuse, did not subsequently handle the case with the speed, care or sensitivity required.”

Al Jazeera’s James Bays said the scandal had exposed flaws in the way the UN handled claims of abuse.

“There are some very serious allegations against some very senior people in the United Nations in this report and it says that the whole human rights process in many ways is flawed.

“Prince Zaid bin Raad, the high commissioner for human rights, with single minded determination pursued an investigation against him (Kompass), his actions are described as questionable,” Bays said.

In June this year, the UN released a report documenting allegations of sex abuse in a number of countries peacekeepers had operated including the Democratic Republic of Congo, Liberia, Haiti and South Sudan.

The report said 480 allegations of sexual exploitation and abuse had been made between 2008 and 2013, of which one-third involved minors.