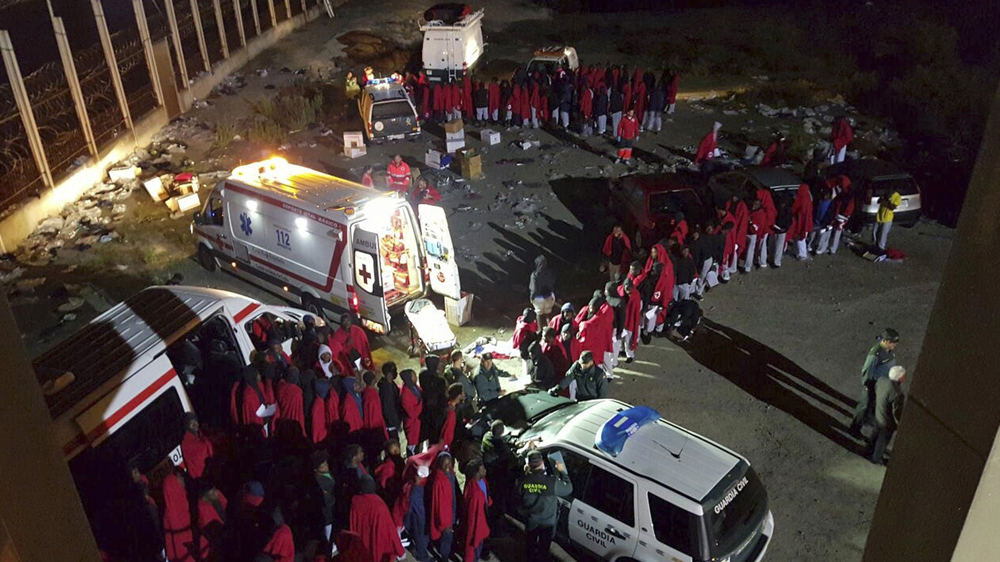 At least two people have died and 12 others injured when hundreds of migrants swam from Morocco to the Spanish enclave of Ceuta and tried scaling the border fence.

News agencies, quoting the Red Cross, said that 185 migrants had made it across the border on Friday, and were being treated for a series of injuries.

The incident occurred around 4am local time near Benzu in the north of Ceuta.

Twelve others were taken hospital with cuts, fractured bones, hypothermia or symptoms of drowning, the Red Cross added.

Along with Melilla to the east, Ceuta is one of two Spanish territories on the northern coast of Morocco that form the European Union’s only land borders with Africa.

Spain fortified fences in the two territories last year in response to an increase in the number of migrants trying to jump over the barriers from neighbouring Morocco.

The International Organization of Migration (IOM) said on Tuesday that more than a million “irregular migrants” and refugees had arrived in Europe this year.

The people fleeing persecution, conflict and poverty are mainly from Syria, the Africa continent and south Asia.

“With arrivals of 4,141 migrants or refugees landing in Greece on Monday, IOM reports total arrivals to Europe at roughly 1,005,504, with just three percent coming by land. The total is the highest migration flow since World War II,” the IOM said.

Fifteen migrants drowned in the Mediterranean last year after dozens tried to enter Ceuta by swimming from a nearby beach.

Spanish police tried to keep them from crossing into Spanish territory by firing rubber bullets and spraying them with tear gas, according to the migrants as well as human rights groups.

The Spanish government has since banned its guards from using bullets to turn away migrants.