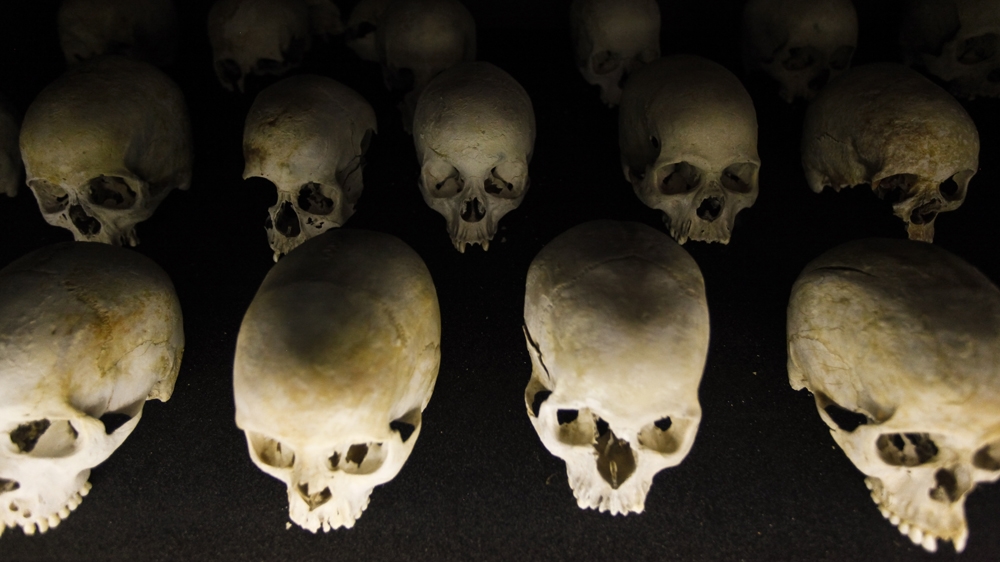 One of nine top fugitive Rwandan genocide suspects, a former mayor accused of crimes against humanity, has been arrested in the Democratic Republic of Congo, the United Nations has said.

Ladislas Ntaganzwa is accused of organising “the massacre of thousands of Tutsis at various locations,” the UN-backed Mechanism for International Criminal Tribunals (MICT) said in a statement issued on Thursday, a day after the arrest.

“He was also alleged to have orchestrated the rape and sexual violence committed against many women,” the statement said. No details of his arrest were given.

About 800,000 people – mostly members of the minority Tutsi community – were slaughtered in the 100-days of violence in 1994, largely by ethnic Hutus.

Ntaganzwa, 53, is expected to face trial in Rwanda on nine counts of genocide, crimes against humanity and violating the Geneva Conventions.

The US State Department, which offered a $5m bounty for his arrest under its War Crimes Rewards Programme, lists Ntaganzwa as “one of the main instigators of the genocide” in Rwanda’s southern Butare district.

“Ntaganzwa is also accused of making speeches calling for the elimination of Tutsis in the region and facilitating the killing of Tutsi refugees,” the US bounty notice adds.

Ntaganzwa was intially wanted for trial at the UN-backed International Criminal Tribunal for Rwanda (ICTR), based in the northern Tanzanian town of Arusha.

But his case was transferred to Rwanda in 2012, and the MICT prosecutor Hassan Jallow has asked authorities in DR Congo to transfer him to Kigali.

Ntaganzwa fled Rwanda for neighbouring Congo soon after the genocide where he had lived for years under the protection of Rwanda’s FDLR rebels, a Hutu group seeking the overthrow of the Tutsi-led government in Kigali.

Announcing Ntaganzwa’s arrest, MICT prosecutor Jallow, “thanked the authorities of the DRC for their cooperation and urged them to transfer the accused to Rwanda for trial without delay,” according to the statement.

There was no immediate reaction from Kinshasha.