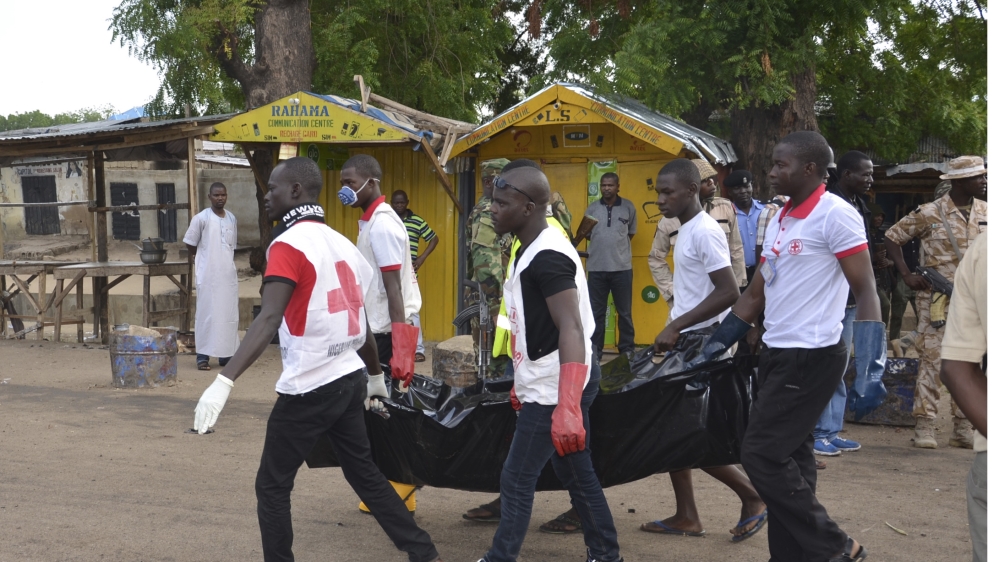 At least 15 people have been killed after a series of suspected Boko Haram attacks on the outskirts of Maiduguri in northeastern Nigeria.

Security and local sources told Al Jazeera that Boko Haram fighters led as many as eight female suicide bombers to attack the village of Dawari on Sunday night and early on Monday morning.

According to witnesses, the suicide bombers blew themselves up as soldiers were trying to repel an attack by a group who arrived firing from the back of three trucks and launching rocket-propelled grenades at homes.

Al Jazeera’s Ahmed Idris, reporting from Abuja, said: “The Nigerian military is on hot pursuit of the attackers … as they comb the bushes to try to find whether or not there are more Boko Haram fighters hiding around there.”

The area is close to Giwa Barracks, a major military base attacked several times in the past by the group. In January 2014, Boko Haram attacked the base and freed hundreds of detainees. Human rights groups allege that Nigeria’s military has killed thousands of detainees at this location.

: Boko Haram war keeps one million kids out of school

The attack comes just days before president Muhammadu Buhari’s deadline to stamp out the group expires on Thursday.

Nigerian troops have won back territory from Boko Haram, but two attacks launched by the group within the space of three days have called into question Buhari’s claim.

On Christmas Day, Boko Haram attacked the Kimba village in Borno state, killing at least 14 residents and burning down their homes.

The uprising has killed 20,000 people in six years and driven 2.3m people from their homes. The United Nations Children’s Fund (UNICEF) says that up to one million children have been forced out of school as a result of the instability.