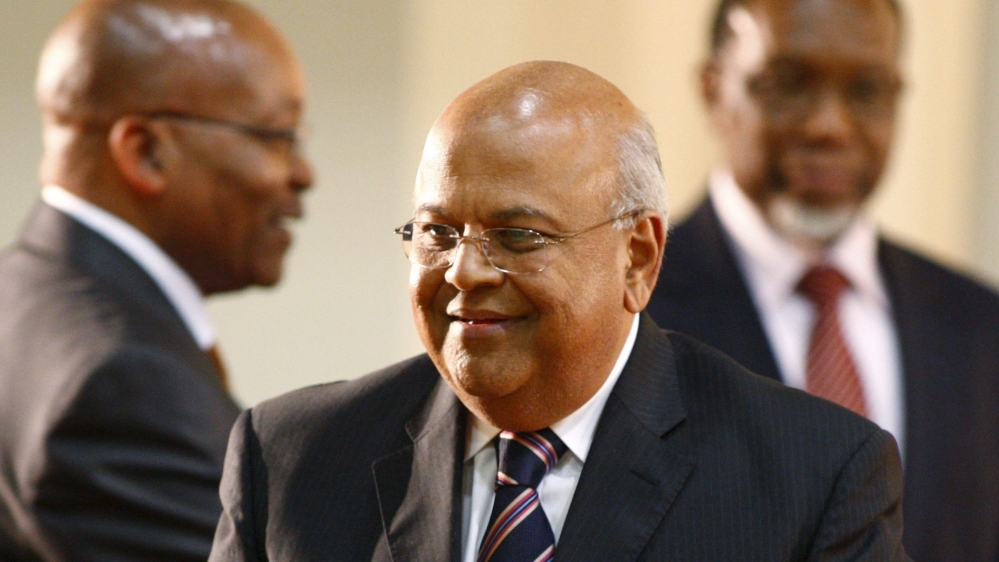 Pravin Gordhan, who previously served as finance minister from 2009 to 2014, was appointed as the minister of finance on Sunday, replacing David van Rooyen, who had only been sworn in on Thursday.

In a statement, President Jacob Zuma said he received many proposals to reconsider his decision to install van Rooyen, a relatively unknown member of parliament.

“As a democratic government, we emphasise the importance of listening to the people and to respond to their views,” a statement from Zuma’s office said.

On Wednesday, the president fired Nhlanhla Nene, an abrupt announcement that saw South Africa’s currency reach record lows against the US dollar and a sell-off in bank shares.

The shock announcement restoring Gordhan to the post he was removed from last year sent the rand surging nearly five percent on Sunday evening, but failed to quell a tide of criticism of the president.

“This is reckless by President Zuma, he is playing Russian roulette with the South African economy,” opposition Democratic Alliance leader Mmusi Maimane said.

The JSE All-share index lost $10.68bn between Thursday and Friday.

“Critics would say having a finance minister serving only two days doesn’t bode well for the reputation of South Africa,” said Mohammed Nalla, head of research at Nedbank Capital.

“International investors are probably thinking: Why didn’t the president make a much more considered decision in the first place?”

The presidency’s statement said Gordhan’s role would include “promoting and strengthening the fiscal discipline and prudence” and “working with the financial sector so that its stability is preserved”.

The statement also called for “more inclusive growth and accelerated job creation while continuing the work of ensuring that our debt is stabilised over the medium term”.

Gordhan was replaced with Nene in 2014 and moved to the post of minister for cooperative governance and traditional affairs.

South Africa is gearing up for important local elections next year where the African National Congress (ANC) is expected to face stiff competition from the Democratic Alliance in urban areas, including the economic hub of Johannesburg.

The countryside remains an ANC stronghold.

Significant erosion of ANC control in metropolitan power-bases could strengthen Zuma’s opponents, especially if South Africans blame him for the failing economy.